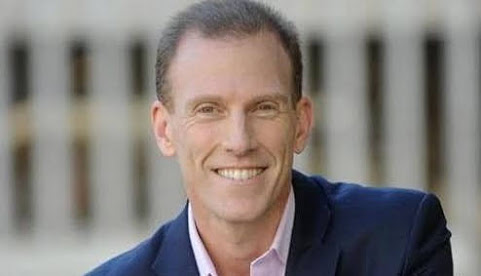 This weekend the TKC blog community sends an INTERESTING note our way with a local connection that metro news media forgets.

Who is Jamie Metzl???

Newsies can only rely on Google for background but our blog community knows that he's the last candidate to ever give Congressman Cleaver an honest challenge in a political battle that STILL evokes hard feelings among local factions of the Democratic Party.

Accordingly, here's the word from an author, policy maker and ELITE denizen of the national discourse . . .

"It Was All A Lie": Biden-Linked WHO Adviser Says COVID-19 'Likely' Leaked From Wuhan Lab

Jamie Metzl - who served as Deputy Staff Director of the Foreign Relations Committee under Biden (2001-2003), after serving on the National Security Council (1997-1999) and the State Department (1999-2001) under Clinton, waited until three days after Biden's inauguration to tell the Toronto Sun that he thinks COVID-19 was most likely an accidental lab leak in Wuhan.

"There’s no irrefutable evidence," said the Kansas-born Metzl, a senior Atlantic Council fellow who was appointed to the WHO expert advisory committee on human genome editing in 2019. "There’s just more evidence and as more evidence arrives, the case for accidental lab leak, in my view, increases."

Meanwhile, for all those who denounce American "conspiracy theories" about the plague. Let's not overlook state-run international media looking to blame the US for the virus.