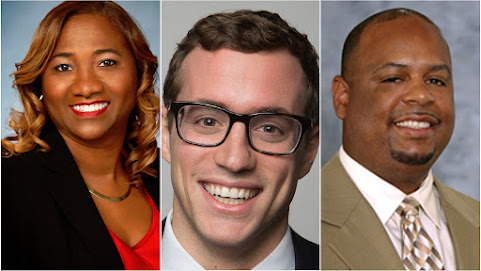 Whilst all of our Kansas City newsies pondered the fate of the Republic whilst pretending to be Anderson Cooper on low-turnout Zoom calls . . . A major 12th & Oak move has been mostly unnoticed.

First the mission statement that focuses on diversity and not qualifications . . .

"City Manager Brian Platt has announced new directors for several city departments. These women and men will provide strong leadership as we improve city services such as snowplowing, trash collection and street maintenance. A shift in responsibilities for two departments will include a new initiative to invest in additional staffing and resources to build a more inclusive and supportive culture and reduce systemic racism within city operations.

“Our current focus is empowering our many great leaders and supporting them to be the best they can be,” Platt said. “I am excited to be working alongside these new department directors as we work together to improve delivery of city services.”

Even better, a 12th & Oak love connection has been heretofore unnoticed . . .

Minor but important point that our readership also wanted to point out . . .

Mr. Shaw is the first public works director who doesn't have an engineering degree. Since around the 1960s this has been a requirement for the job. Mr. Parks earns this promotion after managing Solid Waste Services.

Off-the-record a member of council raises an eyebrow at the new hire . . .

"He did a great job picking up trash and now he's running public works. That's one heck of a leap! I'm sure it has nothing to do with his connections or the new city manager looking to effectively 'improve' his relationship with the council bloc that voted against him. Still, it's an important position that administers TENS OF MILLIONS in resources. I wish him luck."

However, other city hall insiders are more skeptical and worry about conflicts of interest that might arise . . .

"This the same situation that occurred with a former Council woman and her firefighter husband. Eventually, she divorced him because of a great deal of pressure. She also did a lousy job of recusing herself from tough votes. Councilmember Shaw is on the Finance & Governance committee, I wonder if she'll recuse herself from SEVERAL decisions that involve Public Works. Will the mayor now keep watch??? Because this is an ethical nightmare that the legal department should've reviewed more carefully."

Sadly, there's no mention of ethics in the hiring announcement that instead focused on the battle against alleged systemic racism amid today's "mostly peaceful" transition of power.