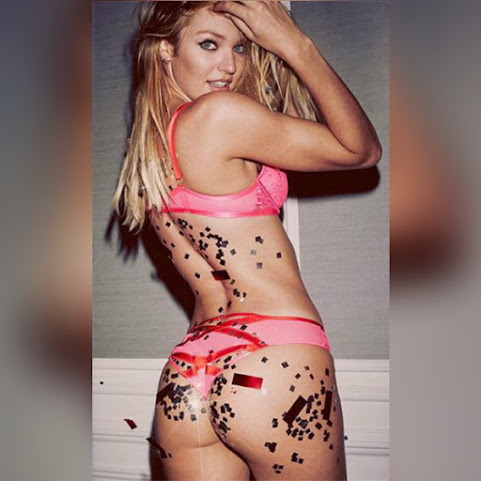 This morning hottie Candice begins the new year with a cheeky bit of fashion promo as we celebrate pop culture, community news and top headlines with our early bird blog readers.

For the last time, a holiday will "look a bit different" in 2020. As Kansas City rings in the new year with adjusted capacities, social distancing measures and face covering requirements, we raise a glass to 2021. Cheers from Flatland!

RideKC may have delays in services Friday due to inclement weather

KANSAS CITY, Mo. - Customers who use the RideKC may see a delay in services on Friday due to anticipated inclement weather. On Thursday, The National Weather Service extended a winter storm warning to include the Kansas City metro area. RideKC said it may start services late depending on the severity of road conditions.

KANSAS CITY, MO - The Martin City Melodrama & Vaudeville Co in south Kansas City, Missouri is struggling financially due to COVID-19. The theater was hoping for a packed-house for their holiday production, but it had to move the play online because of the pandemic.

Candice Swanepoel shows off her incredible physique in string bikini

She's been keeping her 15 million Instagram followers entertained with plenty of sizzling snaps throughout 2020. And Candice Swanepoel has ended the year as she started, sharing a jaw-dropping video of herself dancing in skimpy swimwear on Wednesday.

SAN DIEGO - President Donald Trump on Thursday extended pandemic-related bans on green cards and work visas to large groups of applicants through March 31, while a federal appeals court sided with him on a rule that requires new immigrants to have their own health insurance.

Former California Sen. Barbara Boxer said Thursday that there is "no comparison" between her effort to oppose Electoral College results after the 2004 presidential election, and Republican Sen. Josh Hawley's intention to object to President-elect Joe Biden's victory in the 2020 election. Boxer, a Democrat, joined with former Rep.


Iran Away From Showdown

The US military flew nuclear-capable B-52 bombers to the Middle East Wednesday "to underscore the US military's commitment to regional security and demonstrate a unique ability to rapidly deploy overwhelming combat power on short notice," according to a statement from US Central Command, which oversees military operations in the region.

The COVID vaccine rollout is falling millions of doses short. Here's why.

The Trump administration has fallen far behind on its initial pledge to vaccinate 20 million Americans by the end of 2020, with under 3 million people receiving COVID-19 vaccinations out of the 14 million doses that have shipped.

The final new "Jeopardy!" episodes hosted by Alex Trebek will air next week, with highlights that promise to be memorable. The first of the five episodes will air Monday and start with Trebek's "powerful message about the season of giving," producer Sony Pictures Television said in a release Wednesday.

Professional skateboarder (and KC native) Sean Malto dropped an original series of videos about the metro experience, via Mountain Dew's YouTube channel. The episodic run, called Back To KC, is airing now. See the boarder celebrate Kansas City culture in a series of tributes, covering everything from BBQ to kick-tricks.

The NewZroom Cafe in Raytown offered up a special lunch menu Thursday for a special crowd, handing out a free hot meal to any residents struggling during the pandemic.Owners Marvin and Michelle Russell were shut down for four months because of COVID-19. But they know they're not the only ones hurting.

I got 4 inches up my ass last night at midnight.
Lezak came over.

When Candice tugged on my pixel-wand, I started the new Year with a blast!!!

Woo-hoo! hot Candice pics! way to get the new year of to a great start TKC!