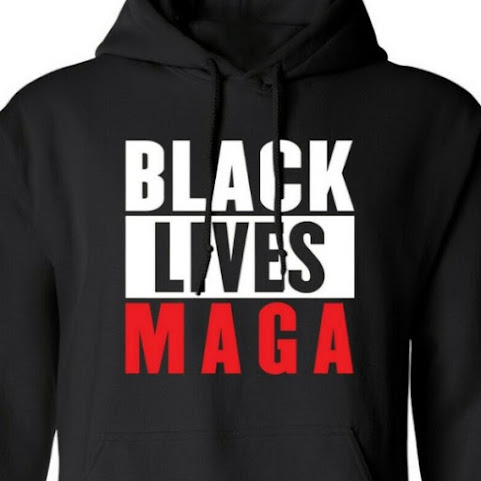 The most riveting aspect of today's political chatter was watching both conservatives and progressives equivocate and attempt to draw distinctions between politically charged acts of violence.

From whining about the dearth of criminal justice consequences to ANTIFA conspiracy theories . . . The cavalcade of justifications were great for a laugh and might have even convinced Americans that one brand of tyranny is better than the other . . . Mostly depending on demographics and/or sneaker choice.

The future leader of the free world sparked the juxtaposition and earned well-deserved push back.

In fact, in broad daylight, activists who destroyed property at 12th & Oak were granted clemency by the Jackson County Prosecutor.

Back in June when BLM protests burned news trucks, looted shops and shut down entertainment districts across the nation . . . ANTIFA infiltration was blamed despite a dearth of evidence.

Similarly, our conservative pals blushing after the deadly insurrection at the Capitol also sought to blame ANTIFA when, in fact, the dude with the horns is a QAnon celebrity. 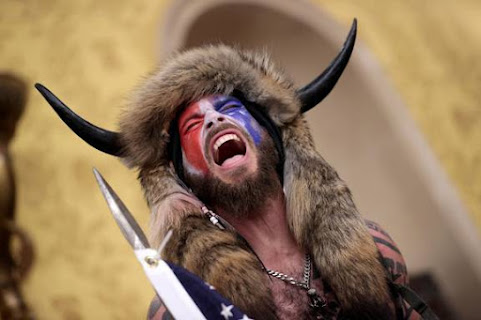 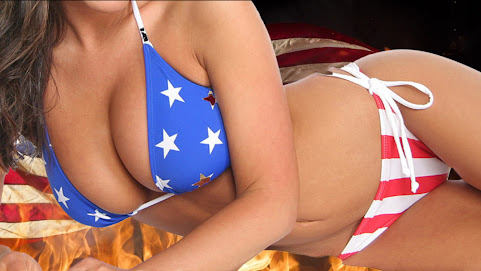 Bickering over the politics of violence might be fun for keyboard warriors but risks overlooking the big picture.

As the nation transitions from one administration to the next, the threat of rising American brutality is constant on local streets and now in the Capitol.

In the final analysis, explanations for the use of force don't really matter to victims and only serve to warn witnesses that one act of violence usually begets the next.

American brand violence is the best in human history.

Deal with it. Or develop nukes like the rocket man. That's your only choice.

YOU'RE stupid. But you do make me laugh.

Trump supporters are violent and unlawful. The woman shot dead in the capital was a long term MAGA and Q-anon member. By the way - if you think all judges in the USA are being blackmailed after being forced to rape children and then forced to shoot them you are wrong. Thats what Q-anon believe. They should promptly go to the nearest sanitarian and check themselves in for insanity.

Trump admitted today there is no fraud basis. If there was he would keep up legal challenges even into next year.

I want that hoodie.

11-incher who loves your wife said...

Trump is going pardon everyone for any actions on January 6,2021 in Washington D.C. relating to the peaceful protests.

Black Lives Matter spent the better part of the past year burning neighborhoods to the ground, destroying private businesses and attacking innocent people in the streets. BLM and Antifa attempted to take over large swaths of Seattle and Portland, declared the areas “autonomous zones”, then started randomly handing out firearms. The media calls it “peaceful protesting” and leftist politicians proclaim the actions righteous and just.

Yeah but MAGA killed a guard at the Capitol.

Trump is an alleged Murderer now!

Under Federal law, anyone instigating a felony crime is responsible for any deaths, even if not committed by them personally.

This is why Trump quickly asked for peace today and admitted defeat - if he didnt he would look worse when this death hits the "papers" tommorow. He was told the officer could die, and it would be on HIM!

Trump considering pardoning himself for murder of DC policeman!

Law Enforcement says the right wing terrorists are planning an attack against Joe Biden during the Inauguration.

With the death of the Capitol Police Officer the stakes have risen.

There will be no amnesty, not even for Trump.


Obama is behind ANTIFA too don't forget what he did to people during the IRS audits of innocent people. Obama's daughters are involved with the black panthers.

Emanuel Cleaver has relatives in the black panthers. Contact the Gov. and tell him to investigate Cleaver. Derks grandparents house mysteriously burnt down when he ran against Cleaver.

A cop has been killed down in GA at that capitol building. Cops need to be on the right side of the law. Cops have no business protecting the criminals.

Report Sharice Davids to the KBI for inciting murder against white people with the shirt she wore laughing about it. You don't have to give your name or info you can do it online or by phone. Be an American stand your ground. If the KBI doesn't do anything about it go over their head and report them too.

Davids is not inciting murder against white people.

Obama is NOT behind ANTIFA.


To say that Trump will go to jail because a cop got killed in GA is hysterical. Keep posting comments like that, it's so funny to break up a hectic day with laughter of the ignorance you all put out there.

Yeah cuds don't you know a proper protest of a tyrannical government is to burn down and loot your neighborhood and local mom n pop businesses not to storm a government building s or threaten politicians.

BLM has yet to feed one hungry black, clothe one child, house one homeless family but does pay its jewish founders millions.

NONE of all this has anything at all to do with politics or governing.
It's all just reality TV entertainment.
And food for the endless hours that cable TV has to fill every day.
And "opportunities" for people who are really interested in nothing other than their won pitiful sense of "celebrity".
You don't even have to go to Washington to watch this childish silliness play out.
The same amateur play-acting takes place every day in Jackson County and KCMO.
And all at taxpayers' expense.
Sad.

Defund Washington D.C. and all of this crazy shit would end. 50% of our pay goes to taxes to fund these clowns.

MAGA is not an organization, such as BLM, not even a decentralized one like Antifa. MAGA is just a slogan. Good luck labeling a mere slogan as a terrorist organization.

The dude with the horns is also an environmentalist wacko. So, he is too types of crazy. Green and QAnon. He sure seems like a put on to most people.

Say what you want but MAGAt's are no different than the BLM you people piss and moan about all the time. You can guarandamntee that if a BLM presence was expected on 1/6 the capitol no one would've rushed the capitol building because the law enforcement presence would have been much greater.

9:14 - shit, you would think that of most QAnon but here we are with a bunch of fucking weirdos running around our country waiting for JFK Jr. to present himself.

It turns out that Viking guy is a professional actor who was also photographed at a BLM rally last year as well as with the husband of Pelosi’s grand daughter. Oddly enough, he is not on the list of MAGA most wanted because the FBI is not interested in him.

Say what you want, 9:47, but the people bearing MAGA logos did not loot, tag or burn, so they're not really like the BLM rioters, who did all three and more besides,

All I know is that words like "mob," "thugs," and "insurrection" were not part of the media's vocabulary throughout 2020. Now they can't compose a headline without them.

Nor could the President-elect bring himself to condemn politically-motivated violence. Nor did any prominent voice call for the resignation of senators who condoned this kind of violence.

The new President-elect, I mean the Vice-president-elect told us that the riots should continue early last year.

Well lets see....how many murders in the US were committed by blacks last year ? Whites ? Blacks have proven track record as being more violent and also have lower IQs.

Cameltoe is the third member of the oval office to suck black d--k after Moochella and Odummy.

...They're wiping up all the shit the 'deplorables' left on the floor of...
(((THEIR HOUSE))) with the 'RumpMonkey
flags that were left there....
Now that's using the right tools for the
'right' job....