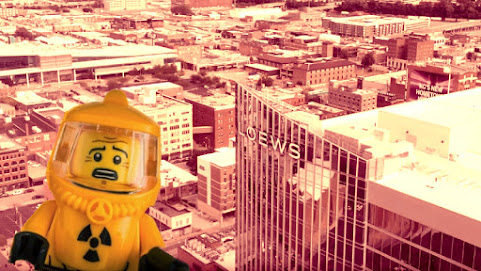 Quick check on the continued decline of the local economy as insiders fear one of the biggest investments of taxpayer dollars in downtown Kansas City is now in jeopardy.

Across the metro the hotel biz has taken a HUGE hit amid declining travel and continued pandemic concerns . . . However, the financial impact on the convention biz has been devastating. One example out of many: At the open of the hotel there was a $4.4-MILLION financial shortfall.

The situation is worse given that big biz is shying away from conventions overall and the "new normal" favors zoom meetings over extended gatherings.

INSIDERS FEAR THE VALUE OF THE DOWNTOWN KANSAS CITY CONVENTION HOTEL HAS DECLINED SO DRAMATICALLY THAT A TOTAL CITY HALL TAKEOVER IS INEVITABLE!!!

Once that happens, any hope of a rebound should be abandoned, throughout the nation, municipal guv has proven exceptionally horrible at running hotels and they often operate in the red.

In the meantime, local politicos now realize a tragic truism . . .

The downtown convention hotel is going to need more taxpayer subsidy in the very near future amid the threat of a cononavirus 2nd wave and the dearth of travel across the nation this holiday season.

Zero Hedge: Amherst's Largest Hotel Is For Sale: Top Bid Comes At Only 18% Of Securitized Value

Skift: Why Do Hotels Seem to Be Getting the Shaft From Washington on Coronavirus Relief?

It was a bad deal to begin the terms should have never been so generous.

I guess that Trump economy isn't working out after all.

Maybe Cindy Circo and Mike Burke will be kind enough to make up the shortfall in the Downtown Hotel that we did not need?

Time to think outside the box here...rent the rooms by the hour, install vibrating beds and charge for adult programming. There problem solved.

Hahahaha! Every Council Member who voted for this boondoggle should be made personally liable!

I bet Quinton Lucas has the money. He’s been running a scam since he’s been in office.

On a positive note, if the hotel goes belly up (even more than it already is)and ownership by the city takes place, the housekeeping staff will need lots of extra help and the KCMO electeds will at least have jobs for themselves once their terms in office expire.
At last!
They will actually be at least marginally qualified for what they're being paid to do.

"I guess that Trump economy isn't working out after all."

Trump had nothing to dw with this and you fucking well know it. This is just another in a long line of dimocrapic failures supported locally.

KC failures (many) are locally fostered.

Move Stacy and her bunch to the hotels. They can stay there, paint and have fun. Probably can use the conference rooms for media status updates. May lose a few in the pool though. Oh well.
Instant section 8 and City Hall back to normal cray, cray.

Perhaps in the grand scheme of rational things it SHOULD NEVER HAVE BEEN BUILT!!!

LMFAO you losers and suckers! Eat the shit that you voted for. NO SYMPATHY! Done with that hit. Moved and just laughing at your stupidity now.

The riots, flash mobs and looting at the Plaza put the final nail in the coffin for the downtown hotel.

Out of public safety concerns, local people are not staying in hotels downtown for a weekend getaway.

No one wants to go near downtown KC unless they have to.

Kay Barnes had her Power and Light boondoggle, and KCMO has been stuck paying multi-millions every year. They refinanced it at least once and extended the term for many years to come.

Not to be outdone, Sylvester James and Troy Schulte brought you the trifecta of failures: ToyTrain, Convention Center Hotel, and Single-Terminal Airport
None of the 3 projects should have gone forward to begin with, and they'll play a significant role in KCMO's looming financial bankruptcy.

After pledging to keep KC's homicide count under 100 for 2020, Quinton Quagmire embraced anti-police protestors and will preside over KC's all-time record-setting murder epidemic.