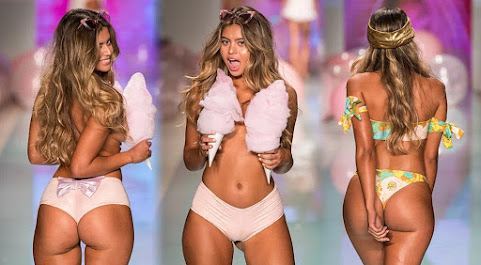 The fashion hotness of "fia" inspires this sweet peek at pop culture, community news and top headlines for tonight . . . Take a peek:

You Texted Us Questions About Voting In The Kansas City Region, And We Have Answers

The prospect of voting during a pandemic might be daunting. That's why KCUR used GroundSource, a texting outreach tool, to solicit your questions and comments about everything from COVID-19 precautions to working at the polls to whether you can sign for a family member with intellectual disabilities.

Ground was officially broken this morning on a new mixed use development at 2600 Independence Avenue. The new development stands on the site of the fatal, October 12, 2015 fire that claimed the lives of KCMO Firefighters Larry Leggio and John Mesh. The development consists of seven, first floor retail spaces and fifteen, second floor, one bedroom apartments.

The Bishop Sullivan Center is working to help families at risk of eviction or foreclosure.Food, jobs, aid all are needed right now.

Influencer Sofia Jamora has launched a scathing attack on clothing brand Oh Polly, accusing bosses of failing to pay her for cancelled shoots. The California-based Instagram star, 20, posted a series of messages online this week claiming company chiefs owe her money after several work projects were called off.

President Donald Trump on Monday said the government's top pandemic fighter Dr. Anthony Fauci is a "disaster" - and possibly an idiot - as he claimed that Americans are "tired of" Covid-19, even as the number of coronavirus cases continued spiking in much of the United States.

Sen. (Texas) and five other Senate Republicans have introduced a constitutional amendment to prevent Democrats from packing the Supreme Court if wins the White House and Democrats capture the Senate. The proposed amendment simply states: "The Supreme Court of the United States shall be composed of nine justices."

Mail-in ballots in Pennsylvania -- a critical state for President Donald Trump's reelection chances -- will be counted if they are received within three days of Election Day even if they do not have a legible postmark, the Supreme Court ruled Monday.

Did you know the "longest animated light tunnel in the Midwest" is in Kansas City? If not, then it's time to schedule a visit this holiday season to Winter Magic.Winter Magic is a drive-thru Christmas lights drive-thru event that stretches for about 1 mile along Oakwood Drive in Swope Park.

Tuesday will be cloudy, cool

Hide Transcript Show Transcript MAINLY DRY AS WE HEAD INTO OUR EVENING WIND CHILLS WILL BE IN THE LOWER 40S AND UPPER 30S. SO EXTRA LAYERS HEADING OUT RIGHT AROUND 40 FOR FOR EVENING TEMPERATURE THEN FOR TONIGHT.