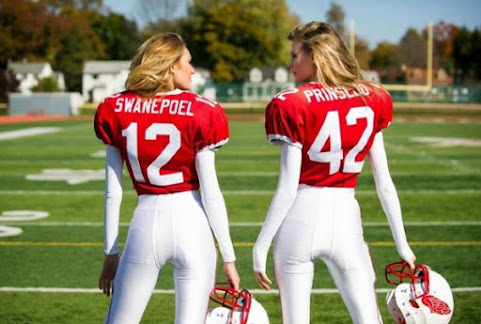 Because bloggy "journalism" holds all the promise of fresh panties for our Democracy . . . Over the weekend OUR KICK-ASS TKC BLOG COMMUNITY STARTED THE CHIEFS RENAME CONVERSATION IN KANSAS CITY.

Now the newspaper attempts to lure readers behind the paywall in order to bore them to death with a wordy op/ed . . .

Kansas City Star: Redskins, Indians considering new names. Is it time for the Chiefs to make a change?

"Changing the defending Super Bowl champs’ name would be an enormous, controversial undertaking. But the Chiefs — and other community leaders who happily bask in the club’s success — must at least publicly explain in this current moment why keeping the name and associated rituals are so essential to the team’s success.

"On Monday, the Chiefs did not respond to a request for comment."

And that means that corporate football is ignoring the so-called paper of record as if they were some blogger.

Meanwhile, the conversation continues "the culture" changes nearly as rapidly as a runway model.

An African-American receives a $450 million contract to play football.

What are the riots about again?

You were there at the Big Bang, too, right?

Pittsburg State will need to change its name first. Then the chiefs can change name and stadium to BLM stadium with the name Just KC - Kill Crackers.

Those girls in the photo have "tight ends"

^^Because only white people watch football?

^^ Byron - why would oppressed people want to watch white people exploit their bros ( aka modern slavery for pure entertainment and at the cost of health related injuries of oppressed people ) ? Same Bros that prefer to marry white racist blonde women over their own. You go girl. LOL

Fuck the NFL! Whiny ass bunch of overpaid crybabies. You are played to pay a fucking game not speak to us on societal or political issues.

Tell me what part of “chief or chiefs” is racist again???

The word Indians is not racist.

The word braves is not racist..... oh I see why bLIEron wants the Atlantan braves name changed, because brave is everything he’s not, effing coward, living off of the government, this is the reason why poor people can’t advance in life, they get taxed to death supporting losers like bLIEron.

Some of you miss the point of watching football. What you have are coordinators, who work under a head coach, whose job is to come up with on a weekly basis, a game plan/scheme that shows he out-thought the opposing side supposed equal.

Your job at home, assuming you watch, is to figure out your own televisions time delay from the live snap of the ball at the stadium to the satellite that delivers the signal to your home.

I think we need to change the name of the Negro Leagues Baseball Museum. It’s racist as fuck.