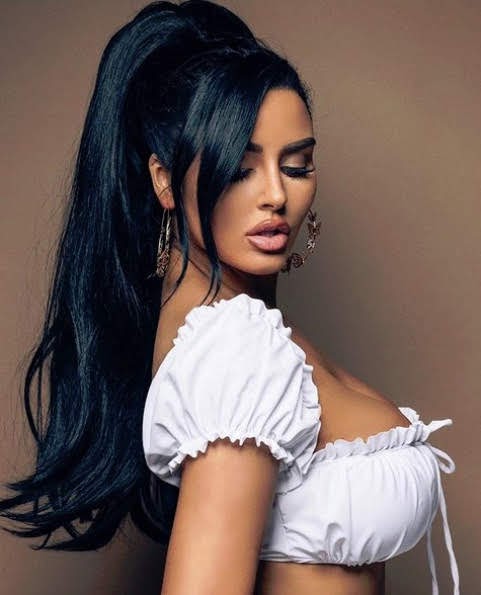 For our early morning news junkies, once again, we collect a quick peek at pop culture, community news and info from across the nation and around the world.

Over the weekend in Kansas City, large crowds of people gathered together to protest the death of George Floyd and police brutality towards African Americans. Although the protests started peacefully on both Saturday and Sunday, there were several altercations between protesters and police officers as well as the vandalism of several vehicles and buildings.


A look back at protest in American history

KANSAS CITY, MO (KCTV) - Protests have been a part of American history from the very beginning. Protests surrounding events from the Boston Tea Party, protest over women's rights and decades later you had the civil rights movement.

KANSAS CITY, Mo. - Two KCPD officers hurt during this weekend's protests are now recovering at home. They were hospitalized with head and liver injuries after being hit with flying objects. But at least one protester says police action put him in the hospital, too.

"Queen of curves" Abigail Ratchford tantalized her 9.1 million Instagram followers on Wednesday with five seriously sultry selfies that spotlighted her busty curves. The gorgeous model looked sensational in a skimpy yellow bra that exposed her massive cleavage, posing seductively as she flashed increasingly more skin with every shot.


DC Episcopal Bishop: 'I Am Outraged' by Trump Church Visit

The bishop of the Episcopal Diocese of Washington sharply criticized President Donald Trump on Monday for staging a visit to the historic St. John's Church across from the White House, where he held up a Bible after authorities had cleared the area of peaceful protesters.


What Is The Insurrection Act That Trump Is Threatening To Invoke?

President Trump threatened Monday to take military action in American cities if the violent demonstrations that have been taking place in recent days aren't stamped out.

Hong Kong police on Monday blocked a candlelit vigil marking the anniversary of China's deadly military 1989 crackdown on pro-democracy protesters in Beijing's Tiananmen Square. The police said it rejected the organizers' request for a candlelight vigil because it would violate coronavirus social distancing rules that ban gatherings of more than eight people.

Iran, China and North Korea have used the protests over the killing of George Floyd as an opportunity to hit back at the country.


Music industry players including Mick Jagger, Quincy Jones respond to George Floyd's death with Blackout Tuesday: 'This is what solidarity looks like'

In the wake of George Floyd's death in police custody and the ensuing protests worldwide, the music industry is planning to turn June 2 into "Blackout Tuesday," a day to press pause on usual business and turn toward fighting racial injustice.

KANSAS CITY, MO (KCTV) - The Country Club Plaza shut down entirely as many businesses continue to cleanup from this weekend's protests against police brutality. The Community Christian Church on Main Street across from the J.C. Nichols Fountain was the center point for much of this weekend's protest.


Boulevard Drive-In opening up this weekend with three classic movies

by: Brian Dulle Posted: / Updated: KANSAS CITY, Kan. - The Boulevard Drive-In Theater will be back open for movies this weekend after having their 70th season delayed due to the COVID-19 pandemic. The theater said safety is their top priority and they will be pre-screening all staff and have wellness checks for every employee, before every shift, to ensure everyone is healthy.


Tuesday will be toasty

Hide Transcript Show Transcript 91 DEGREES IN DODGE CITY. 80'S TODAY. WE ARE GETTING CLOSER TO 90 TOMORROW. WE WANT TO GET YOU THAT FIRST ALERT. WE WILL BE DEALING WITH THAT HEAT. THE FORECAST HIGH TEMPERATURES, UPPER 80'S, 90 DEGREES. YOU FACTOR IN THE HEAT AND HUMIDITY, YOU GET THE HEAT INDEX.

And yet a lot of the rioting is being done by right wing extremists in order to give Trump an excuse for fascist action.

Order will be restored. You have no clue what fascism is.

Looks like Mayor McDrinkerson got what he wanted all along. Airtime. Now, after kneeling to rioters and marching with them, tonight he'll go the full monty and bend all the way over. What a clownish, clueless disgrace he is.

7:45: From here it looks like an orange Mussolini holding a Bible standing in front of a church (neither of which he is familiar with) after announcing he'd be calling in the military to quash protests.

President Trump embarrassed himself yesterday all to pander to a bunch of CHUDS who think that by simply holding a Bible, he's familiar with it. Evangelicals and Trumturds are some of the dumbest people walking the earth.

From Reason, hardly a left-wing rag:

“ And yet a lot of the rioting is being done by right wing extremists in order to give Trump an excuse for fascist action.”

Are you off your meds? The so-called Episcopal “Bishop” has to be to refer to the Protestant Bible as the Judeo-Christian bible. Jews do not accept any books of the New Testament as canonical. And it is not hers to restrict. Trump has as much right to the Bible as she does as she dresses up her fashionable leftism as Christianity-lite.

No, I have to go back to the news where they tell me it is Christian teaching to open your door to robbers and murderers and the Bible supports abortion and queer ideology. And that African Americans looting Nike and Rolex stores are really right wingers working to give Trump an excuse for fascist action.

5:57 EVERY body knows the Right Wingers are at the Lake of the Ozarks or Branson. Saying I'm glad I didn't go to the Plaza this weekend. Do you think The Conservatives would plan such violence .Sleepy JOE will Loose because American Voters see what The violent left has in store. ENJOY THE SHOW WEATHER YOU ARE IN BRANSON OR THE PLAZA.

7:45 - Facism is gassing and shooting rubber bullets at a peaceful demonstration (a good portion of which was clergy) so you can have a clear path to walk over to a church and hold up a bible while you pretend you're religious.

^^Ha! So true! The problem is though, the rubes don't know how stupid they are. At this point Trump can shit down their throats and all the MAGATS would say is "I always ate shit! I have loved eating shit my whole life! There is literally no end they won't go to to debase themselves for him.

"Are you off your meds? The so-called Episcopal “Bishop” has to be to refer to the Protestant Bible as the Judeo-Christian bible. Jews do not accept any books of the New Testament as canonical. And it is not hers to restrict. Trump has as much right to the Bible as she does as she dresses up her fashionable leftism as Christianity-lite."

And yet Jews accept the Old Testament, and without Jews there would be no Christianity. Weird.

I am Donald Trump and I approve this message and will completely contradict it with a tweet tomorrow morning.

spray all these protesters so I can take a pic with, what is this? it's the Bible sir. Oh yeah, my second favorite book next to the Art of the Deal, buy my book too.