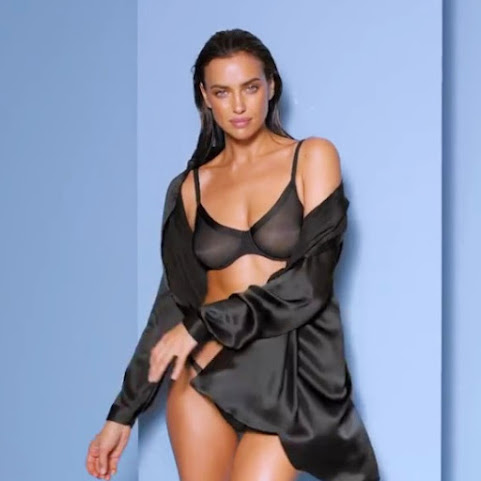 Quick review of pop culture, community news and more info from across the nation . . .

I want to assure you that our efforts are showing positive results. We're still in a good place with all four of our recovery pillars testing PPE, hospital capacity and data. We're extending phase one. Not because Missouri has taken a step back, but because we want to make sure we're fully prepared for Phase two.

Refuge Across The Bridge

NORTH KANSAS CITY, MO (KCTV) -- Three people are safe after a water rescue in the woods near 26th and Vernon in North Kansas City on Thursday. KCTV5 News was told one of three managed to swim and then go to nearby neighborhood to call 911 for help.

She is the face of lingerie brand Intimissimi. And Irina Shayk put on a jaw-dropping display as she modelled their latest campaign - the 'invisible bra' - in a sizzling photoshoot for the Italian clothing label.

President Trump on Thursday signed an executive order aimed at limiting the broad legal protections enjoyed by social media companies, just two days after Trump tore into Twitter for fact-checking two of the president's tweets. "We're here today to defend free speech from one of the gravest dangers it has faced in American history, frankly," Trump said from the Oval Office.

Just when we thought we'd seen it all, heard it all, we are hit with another surreal shocker certain to wend its way into the narrative, and onto paid media as the 2020 presidential derby charges forward.


Stock futures are flat ahead of Trump's U.S.-China news conference on Friday


UMKC expecting to return to in-person classes for fall 2020

by: FOX 4 Newsroom Posted: / Updated: KANSAS CITY, Mo. - Officials at the University of Missouri - Kansas City are anticipating a return to in-person education on campus this fall, although they noted that it's still possible classes could remain all virtual in 2020.


How Patrick Mahomes could get NFL's first percentage-of-cap contract

Ever since Kansas City Chiefs quarterback Patrick Mahomes finished his third season under contract to the team - which officially made him eligible to have his rookie contract extended - one question has been on the mind of NFL observers. But the question wasn't whether or not Mahomes would become the highest-paid player in NFL history.

Johnson County residents will vote this November on whether to repeal a long-standing rule requiring businesses that sell alcohol to generate 30% of their revenue from food. On Thursday, the County Board of Commissioners passed the measure unanimously, placing it on the general election ballot November 3.


Flooding rains are moving away

The Roos will fly the Rainbow again. GO ROOS !

The only intelligent MAGAT is a dead MAGAT!

The despicable dimwits tweet all day everyday that they want trump dead and that’s ok amiright?

Hell, the lame stream media say it on national tv everyday, it’s funny when trump does one thing the dimwits and the media have been saying and doing for four years and suddenly he’s the bad guy. That’s rich! Hahahahaha!

See, I told you, 9:13 says it all day everyday. And suddenly he’s offended, poor baby.

Uhhhh..@9:29 - MAGATS aren't Trump, they're the worshiping adherents to the Church Of the ALMIGHTY GOD DONALD!

"UMKC expecting to return to in-person classes for fall 2020"

And yet the fall schedule has very few in-person classes. Weird. But at least parking should not be a problem for those few who attend an actual class.

Donald is my God. He can do now wrong. Donald is the smartest man alive.