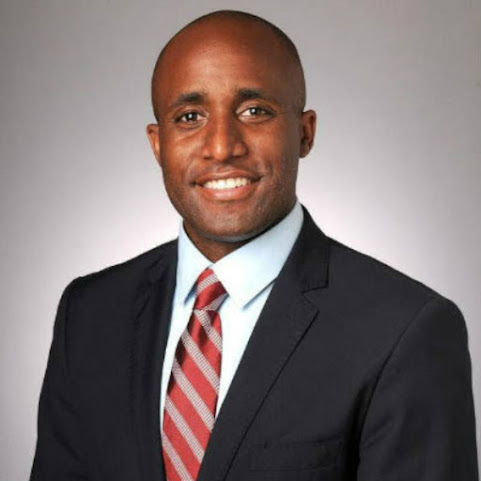 As usual, our KICK-ASS BLOG COMMUNITY was FIRST to consider the first STATE OF THE CITY ADDRESS from Mayor Quinton Lucas.

There has been some worthwhile follow-up coverage and right now here's a note worth sharing:

With only six months on the job some criticism of Mayor Lucas have emerged regarding his lack of focus, his absence from key votes and a focus on style over substance.

However, it's still too early to judge his performance as a mayor and there's still hope he can earn some progress against so many serious threats to local residents.

THE FOCUS ON POTHOLES SPARKED BY OUTRAGE IN WALDO IS A HOPEFUL SIGN THAT MAYOR QUINTON LUCAS IS LISTENING TO NEIGHBORHOODS!!!

The street repave petition in Waldo might be the tipping point for local voters working to put practical issues ahead of progressive politics.

Because this is an optimistic post we're happy to see locals FINALLY talking about issues like rising taxes and infrastructure without pretending to be cable news pundits.

Sadly, this is an election year and we'll undoubtedly see an uptick in climate protesters, identity politics and progressive activists attempt to hijack KCMO politics to promote their 2020 power play.

Meanwhile, the developers continue to push corporate welfare down the throat of City Hall and the new Mayor doesn't yet have a clear majority on Council. Just as we predicted, the local biz class know they can go to 4th District At-large Council Lady Katheryn Shields to plead their case and garner leverage.

MAYOR LUCAS MIGHT HAVE TO LOSE A BIT OF HIS 'NICE GUY' IMAGE IN ORDER TO ENACT POLICY GOALS!!!

Today's speech will provide some hints at how far he's willing to go to see his agenda put into practice OR if the new, likeable and ambitious Mayor is simply holding this job on his path to bigger and better opportunities.

Inaugural State of the City Address

Mayor Lucas will deliver his inaugural State of the City address next Wednesday, February 12 at Center High School. During his address, Mayor Lucas will highlight the policy successes of his first six months in office and will preview his budgetary priorities for the Fiscal Year beginning May 1. The proposed City budget will be delivered to the City Council on Thursday, February 13.

A serious street repaving program is probably going to need another tax increase. No thanks.

If he can find a way to start fixing streets without immediately raising taxes THEN he's on the right track.

Basic street maintenance was always a part of the tax structure. This maintenance has been deferred for years.
The City needs to reallocate money spent on non-productive projects immediately to the repair and rebuilding of the streets.
KC Grocery
18th and Vine
Jazz Museum
The massive number of unqualified employees doing nothing.

Actually, of course, he hasn't "confronted" much of anything.
He's given a speech.
And budgeting for such basics as street maintenance is a good start.
But any serious progress is going to require constant vigilance, attention-to-detail, not being distracted by the most immediate BIG BIG thing, and most importantly, oversight and accountability for results.
There have lots of campaign promises over the years and lots of speeches as well.
But KCMO politicos love the limelight, selfies, ribbon-cuttings, TV face time, the adoration of their groupies and friends, and at the top of the list, what office they're going to run for next.
Basic services are boring and don't do much for those hungry egos.
Good advice would be to take a really close look in about six months to see if the results come close to matching the rhetoric.

this is tkc a blog full of old racist white men and the spics who want to be white. Any article not displaying black crime, is met with derision. The mayor could shit gold and these goons would still complain about the mayor, while President Orange Bankruptcy and his corrupt family steals from the treasury not a pep from the small gov libertarian types..

well ok fair enough 10:39 but what is your contribution to the discussion?

as for me I say it's too soon to judge mayor Q, positively or negatively. let's hope he has the bureaucratic ninja skillz to fulfill the promises and the hopes we have for him. and street maintenance is important even if not sexy e.g. wasting $50 million on turning the bus stops for the 71 route into the "prospect max" is an example of waste and misplaced priorities, as is $102 million for 2 miles of streetcar rail. thx, radish

Too early to judge his performance as mayor? Not hardly. He has been a total piece of shit, as could have been expected of someone who has lived off affirmative action and welfare his whole life.

1056 proves my point. As for affirmative action do you also consider Trump and Bonds, the halls etc not affirmative action hires as well? How's president shitty silver spoon working out for Kansas Shitty? You sound like a middle aged failure who's white privilege couldn't get you out the sorry cubile you occupy and you can't stand the smart hard working black guy who has more than you and probably a bigger cock. Don't worry your wife enjoys his affirmative action while you work in your cubical.

We are racist old whites,but yet you use a derogatory term to label latinos...pot meet kettle!

Quinton has lived off the gubmint his whole life

He will need to remain silent on the Jackass County Assessments fiasco.

Oh boy this ought to be funny.


Missouri needs to legalize Cannabis, then use the tax money to repair roads and highways, and call it "Operation Pothole"

I'm ashamed of you both.

Mayor's big plans: Free pot! Not very "transformative" at all.

Wickham/James have been coaching him for the speech.

State of the Malarkey

Gee, too bad support for Children's Mercy wasn't more. Could have pulled even more for bike lanes and 81th & Vine, free bus rides and taking down MLK signs on THE PASEO.

As usual, 10:39 is an idiot. A discussion about the sorry state of KC roads prompts him to start his boring ill-informed screed about Trump. Simply put, KC is typical of practically all Dumbocrat Shitties in this country.

and cordish and kushner are little butt buddies, that is why kushner plucks his eyebrows.

"Why should you care as an investor? Because these Midwestern families are your future rentals. There’s such a clear demand for rental properties in the Midwest."

the coasts been a** fckn all of you for how long now. and your KU MU Kstate degrees just don't notice or perhaps are too daft to stop it.

It was funnier when Bill Murray tweeted it the first time.

How about picking up the fucking trash all over sides of our streets drive down the 20th street exit off of SW Traffic way and tell me this Public Works Operation is not derelict in their duties. Oh some one will say its MODOTS fault to avoid responsibility so I could name 20 others Wake Up Mayor as you drive the city you cannot be that busy you cant make a list for PW to follow up . Just try it for 6 months see if it gets cleaned up.....Tell your driver to make the list

^^How about you get your lazy ass out of the car and pick it up yourself if it bothers you so bad?? Maybe instead of crying like a bitch on a blog, you actually contribute to society in some meaningful way? How about that?

I would like to see a non biased HONEST audit of the Kansas City Missouri Fire Department, if that was ever possible (local government corruption will never allow such a thing) the money that department STEALS from the tax payers could more than fix most streets in this city!!! Mayor Q sucks IAFF Union cock, so we will make no progress with streets in this city until he has been replaced with a non UNION Cocksucking Mayor. I dont hate Mayor Q as a person but he should be selling furniture at Nebraska Furniture Mart not the Mayor of Kansas City Missouri!!!!