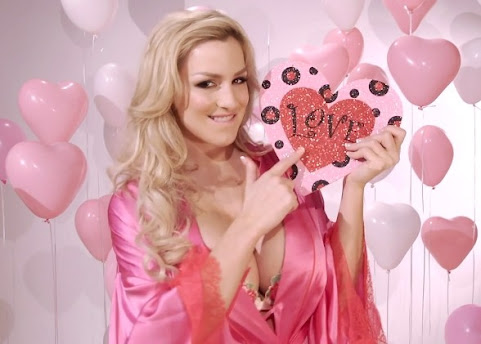 And so, skeptics might believe that an LGBT advert controversy was the kiss of death for a company that's starts the new year with EPIC job cuts.

The reality is that most people simply send well-wishes via freebie social media . . . In a stream of cleavage and booty hottie models . . . And just like the newspaper, this dead-tree model is in a state of decline.

People who send cards might actually care. Even e-mails are more thoughtful and take time to craft. The social media messages are just prompted in increase activity and part of the addiction built into the system.

MAGA!!!! Trump's economy just keeps on giving! We are winning so hard!


Sorry but I think this is great news, the entire Crown Center is next. No former Hallmark employee need apply, and you can blame Hallmark for this.

^^Well that means you're a fucktard then,because it's not great news for those affected. Suck a dick please.

I stated this a couple of months ago The Corporations can't afford to pay a living wage. The company's want more profits. .They know a Deep Recession is on the way, and it will be a Depression if you are not prepared. And the new businesses opening up. Look out you can't do business with someone who don't Have any money or don't want to spend it on

LIBERALS CUASING LIBERALS TO LOSE JOBS ITS A WIN WIN

Hallmark cards selling made in commie China tchotky trash for too long is NOT a win. TKC told ya recently they've had their commie crafted cards for $1 in the Dollar Tree, Dollar General, or is it, Family Dollar stores? Probably all three.

Do those walking the plank still get the little cake and watch as a going away present?

^^^ The cake and watch you get these days is from Walmart.

Very few send cards to anyone anymore. Just look at Christmas I remember a time when everyone had a Christmas card list and who got to stay on who was taken off. I was in my bank during holidays and looked at the cards the had recieved and made a comment, "wow this is all you got?" Branch Manager told me it gets less and less every year. Another point is the modern age of the computer and computer programing has made companies like Hallmark able to do more and needing less people to make it happen.

Remember the time when insurance companies and your agent, your broker, bank, doctors and what not sent you Christmas and birthday wishes each year?

Nope not anymore they don't. We have reached the age when sending the very best no longer is done as a simple e-mail has replaced almost all forms of reaching out and wishing someone something.

Social media is replacing greeting cards, gift cards do not need wrapping paper. Has nothing to do with Trump duh.

Hallmark is going the same way as Kansas City Star.

You heard it here first!

Maybe but Hallmark has a much bigger audience and obviously people still watch their TV shows and other programming. Whereas NOBODY is reading the paper anymore.

Correct, ^^5:03^^. But, the Barry buttlickers, Hilly hags, and other commie crays try to make up lame excuses for their marches, meltdowns, shouts, and pouts.

The layoffs are obviously Trump's fault!

He isn't the least bit sentimental. And he just uses Twitter to send his regards.

You're an idiot. Bloomberg gives less than a shit about you, loser.

I got a ton of cards this year Stupor Dave but they were all from make your own sites like Shutterfly.

My guess? Nobody likes your wrinkly 78 year-old ass because you've alienated your whole family.

I'm not sure how common it is, but the salaried Hallmark employees I know work a lot of overtime without extra pay. If it's like most companies today, all that money created from that extra production is going to the owners and top executives. I don't believe in socialism, but it's crap like this and the stagnation of wages -- when you factor in inflation -- that are driving people that direction. Salaries aren't much better in most fields than they were in the '90s.

KC. Home to Hallmark and Sprint.

Can't you just feel the innovation happening here in the Silicon Prarie?

There was a groundskeeper/lawn mower at Hallmark, with NO EDUCATION, that retired after 40 years with over $1,000,000. in his pension account which Hallmark contributed to. I have a white collar job and only a 401k. No way I am going to get a million. However Jill Shackleford should study social trends and be more vocal in hallmark's business on these tense issues.

Best and brightest homo's on TV a while back: "How is us getting married affecting you personally". Us: "Well, we lost our jobs, thanks for the reverse hate".