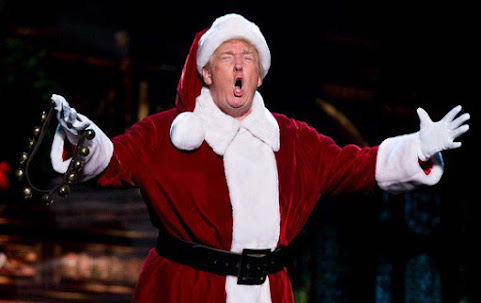 This week has been one of the most historic and strangest in American history.

In the latest debate, the Democratic Party casually promotes socialism to their supporters with very little debate over the implications for the otherwise bustling economy or perceptions of alleged billionaire wealth distribution outside their bubble.

In news outside of Wall Street Pete's wine cave, the hardcore Republicans are drawing a line in the sand to support Prez Trump after successful impeachment proceedings in the House. Like it or not, Russian boss Putin is among the leaders of this unquestioning show of usport.

Meanwhile in this cowtown . . .

To be fair, so many very smart people have explained why KCMO City Hall "local control" is a bad idea and police shootings are a horrible fact of life which sparks regret and resignation even if increased law enforcement discipline seems unlikely.

And to top off all of this political rancor . . . People have been fighting over money since the wiggled out of the primordial ooze.

Nevertheless, here are a few fun facts to consider whilst running up credit cards for Christmas . . .

The gap between the richest and the poorest U.S. households is now the largest it's been in the past 50 years

50 years ago, income inequality was severe in the U.S. It still is

And so we share our traditional.l Christmastime note to debunk the manufactured consent of holiday cheer . . .

As always, here at TKC we advise local po'folk to take the cash from Secret Santa II and don't bother to say thank you . . . It's really an insult.

Throughout the year so many d-bags hate on the undocumented and their babies, vote against healthcare for the poor and engage in vindictive political discourse AND THEN expect to be treated like a decent person because they throw a few coins in a kettle whilst buying luxury gifts for their trophy wives.

Let's break it down according to a list neatly compiled by the good Catholics at St. Mary's:

Santa is a socialist!

Really like that Kathleen Edwards song on track #2. Thanks for sending T, nice find.

Great, now I can go bed certain Secret Santa is a plot to distract from the state oversight of the KCPD, probably the idea of the Progressive Deep State Main Stream Media, am I right folks?

Tony, may I suggest you just stay away from chuck for a little while? Delete his emails. Don't take his calls. 'Cause this is nuttier than a Collins Street Bakery fruitcake.

His "everything's a conspiracy" vibe is having an effect on you...or to put it bluntly, you ain't makin' much sense there, boy.

....or the police are people in serious need and try to find a way to help them. Many families life below poverty and a little help from the police means the difference between paying those heat bills or giving their children a Christmas.

The Kushner's want you to know that Trump saved Christmas.

1. John Brennan bragged about being part of the Deep State, and the IG report showed a pattern of misconduct by entrenched government officials. Don't call it a Deep State if you don't care for the name.

2. The fact that there is a mainstream media, and that it acts in step with progressive politics, is maybe the one cultural lesson of the Trump era. It's not just blindingly obvious, it's been studied and documented in studies by places like Harvard.

Come up with actual arguments sometime. It's fun!

^^^ Those aren't "actual arguments" they're maga talking points from that idiot Bannon.

He loses election after election and people still claim he's some kind of "genius" and don't realize he's just another carnival barker begging billionaires for money.

The “deep state conspiracy theory is for nut cases,” Mr. Bannon is quoted as saying in a new book, “Deep State: Trump, the FBI and the Rule of Law” by James B. Stewart,

^^^^ So do you get an amazon affiliate money for promoting that garbage here???

Or are you trying to disprove your flimsy arguments to prove your arguments.

The facts are more fun:

The rest is just conspiracy garage for sore losers and consultants.

I bet you jerk of to fantasies of Hillary winning in 2016 don’t you! Hahahahaha!

Hey bLIEron, they did save Christmas, you forgot there was no Christmas during the Obama years, quit being such a fag for once

THERE IS NO SECRET SANTA. IN ALL THESE YEARS I have never met him or anyone who has.

@9:56 There WAS Christmas during the Obama years, people just told you there wasn't because nobody likes you well enough to buy you a present.

^^^^^I have. I was in my scruffies and driving my older car to make a donation at DAV and was offered money by a Secret Santa. I was embarrassed and explained that I had really been blessed and that almost anyone could use the money more than I. The Santa thanked me for my honesty and moved on.

12:53 but I don't know you so the comment about the phony Secret Santa stands.

I will retract the comment if you can offer me actual proof.

But, I know you won't so YOU LOSE.

Golly, 6:39, thank you! You remind me of the time Brennan AND McLaughlin both agreed the Deep State was a great thing:

Then again, Brennan is a huge liar who will probably go to jail. So who knows?

No, no, this is all your fantasy. The whole reason for the silly impeachment lite was that you have no prayer at the actual ballot box.

Two presidents have been impeached for humiliating Hillary.