TKC MUST READ!!! LANDLORDS RESPOND TO TOUGH QUESTION FROM KC TENANTS AS 'BILL OF RIGHTS' FIGHT HEATS UP!!! 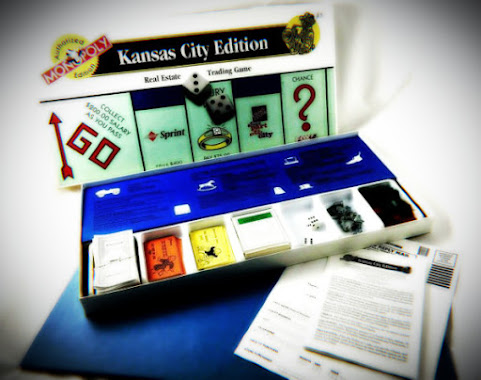 We're trying to do our best to say objective and offer a glimpse at both side of this issue . . . This week the discussion continues. KC Tenants are phone banking furiously in order to drum up support.

However, in an interesting social media and e-mail blast sent our way . . . Kansas City home providers offer a glimpse of their perspective.

Here's the back and forth along with the COMPREHENSIVE response . . .

If you're an honest landlord taking care of your properties what are y'all afraid of???

Here's how a home provider leader answered the question. . .

What honest housing providers who take care of their properties are scared of is:

1. A city government that keeps duplicating ordinances that they've previously failed to enforce.

2. Scared of a city government that refuses to hold tenants accountable for their own actions and instead fines and threatens the housing provider when tenants park in the yard of their rental homes, pile tons of trash at the curb without arranging for proper disposal or otherwise trash up the neighborhoods they live in.

3. Scared of a city government that allows tenants to use these various tenant complaint programs to retaliate against their landlord when the tenant is being forced to deal face the consequences of not having paid their rent or otherwise meeting their own obligations of their agreement.


4. Scared of a city government that proposes ordinances that fail to recognize the whole picture of the housing equation.

5. A city government where the codes inspectors demand improvements within 10 days but can't get back out to check on the correction for months, then only to nitpick the property to cite some other issue thereby creating open cases that last for months/ years.

6. Scared of a city government that wants to require housing providers to participate in voluntary federal programs. Especially when the city refuses to acknowledge the inefficiencies in the way that the federal programs are locally administered, or to encourage/ require them to improve their processes.

7. Scared of a city government that wants to create a 4th department to regulate rental housing as if the 3 current departments aren't sufficient.

8. Scared of a city government that wants to use taxpayer dollars to hire lawyers for tenants that have refused to pay their rent, even thus money could be much better spent with a tenant emergency assistance fund that helps tenants avoid getting to the point if eviction court.

9. Scared of a city government that charges the director of the health department to deal fair housing complaints after he's publicly stated that he's not qualified to do so.

11. A city government that doesn't understand or care to do anything to help the housing provider when a tenant has, in addition to not paying their rent for months, has trashed their property and caused thousands of dollars in damage to the property.

That's what honest housing provides who take care of their properties are scared of!
#############