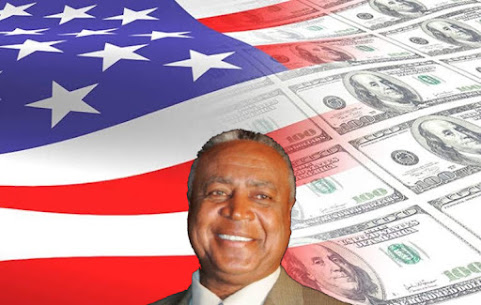 Scott Jacoby said he was caught in the middle of a power struggle between Jackson County Executive Frank White and the county legislature.

Deputy Director of Finance Scott Jacoby stated he would not process payroll for individuals who were scheduled to be paid with COMBAT dollars because those payments were ordered by the White administration after the Legislature clearly established Ordinance 5061 as county law on Dec. 28, 2017.

“Associates should not have to work in a hostile environment with fear of disciplinary action taken upon them because they are unwilling to perform an unlawful act,” Jacoby wrote in his email.

A lawsuit was filed earlier this year.

County officials DEMANDED for Mr. Jacoby to be reinstated.

Today's aftermath mostly hidden behind a paywall but sent our way by generous readers . . .

"Jackson County is paying a former employee $727,000 to drop the lawsuit he filed after he was laid off after refusing an order to spend taxpayer money illegally.

"The amount is believed to be the most the county has paid this decade to settle an employment-related complaint involving a single claimant."

Guy should be Mayor!

The Black Plague... Frank White, Gail Beatty, John Modest Miles and the list goes on and on.

Disappointed. County got off way too cheap.

How much bullshit is Frank “The Flunky” White going to cause before he is recalled by JaCoMo voters? It’s hard to feel sorry for people who are suffering from tax hikes, etc. when they continually either vote idiots into office if they vote at all. #firefrank

@6:19pm
Your point is very well-taken.
The first line is why someone like that should run for office in KCMO or Jackson County.
But your second point is why that person would NEVER get elected.
It's a game for a little group and the game has certain rules.

Scott Jacoby is a piece of shit... If only the County had done their due diligence and fired him on things that were legit offenses... Could have saved themselves some money... And there was plenty in his file...

This is BS. If Jacoby didn't want his day in court, we taxpayers have a right to hear the evidence in this case. Was he fired because he would not break the law? Is there now someone in his position who is willing to break the law?