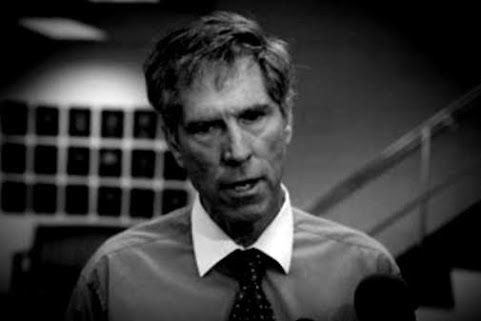 And now, a word from this town's foremost expert on citizen initiate petitions and the fight for political representation.

Clay Chastain: A vote to Save the Paseo is also a vote to save liberty.

Respectfully leading the people is guiding them while honoring their liberties. But Kansas City's control-oriented government (abetted by the liberal, biased and control-oriented KC Star) sees it's power lie in the subjection of the people. That is subjugation. Their oppressive crimes against our liberties are strewn across Kansas City's landscape like smoldering pits of toxic sludge:

Petitions from the people are the only antidote to this kind of poisonous over reaching government. That is why Kansas City's government and the KC Star want to change the City's Charter so as to inhibit petitions with more qualifiers.

This pattern of dictatorial-type government (that the Kansas City Star appears to stand behind) is anathema to the moral democratic fabric that binds our cause to liberty. Such over powering governmental actions create distrust and apathy in the people. Subjugation undermines government for the people. And they can't argue their means justify their ends because a corrupt means will always corrupt the end.

Please do your part to take back control of your government - Vote Yes on #5 - the petition question to Save the Paseo and, your liberty.

Amen, Clay. Glad you spoke out!

Surprised how much I agree with what he writes.

Pretty sure Clay just cursed the save the paseo movement.

The KCMO government really isn't "dictatorial".
An organization has to be at least somewhat competent to be a dictatorship, and KCMO certainly can't claim to be that.
Rather, it's a little group of people who really don't have much interest in the actual responsibilities of a municipal government. Boring things like public safety, decently-maintained streets, common sense zoning, and all the rest.
Instead the "magnificent thirteen" sit in their offices waiting for one insider, special interest, "developer", transit activist, bicycle nut case, or someone else to tell them what to do.
So the public is regularly very poorly-served.
But that same public re-elects and elects the very same kinds of people to council and mayoral seats year after year after year.
Incompetence, cowardice, and apathy aren't a very effective combination.
Dysfunction on steroids.

Quinton isn’t a dictator, he is a dicktaster.

Clay Chastain is a dipshit. He's like a child who walks in the middle of a movie.

Clay doesn't even live here. He is playing you fools.