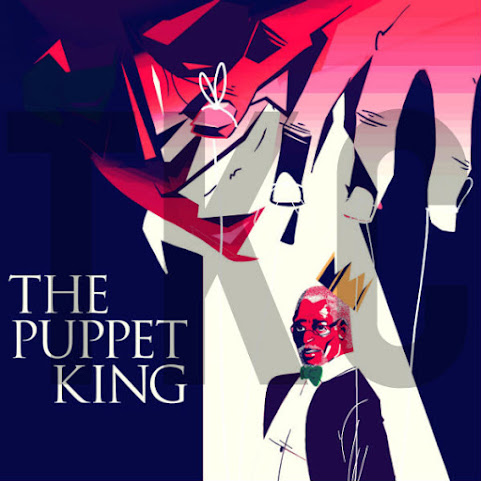 A couple of years ago we wrote a quick e-book with a simple premise . . . Despite all of this bluster about racial conversations, pre-K advocacy and considerations of equity Mayor Sly was basically hired help for developers and the Greater Kansas City Chamber Of Commerce to push their agenda that mostly served the local elite.

Now, at the conclusion of Mayor Sly's tenure we are proven correct given these trends: A record high murder rate pace, horrid conditions of local streets and dissatisfaction with KCMO services in neighborhoods across the city.

Nevertheless, none of that will stop upwardly mobile middle-class local denizens from paying tribute to the politico who is now nothing more than a lame duck attempting to secure a legacy.

"While the big, local news focus is on the Kansas City Mayor’s race, there are tribute events going on across the city for the man about to leave that job behind. Sly James will officially leave office in the next 90 days. Our very own Nick Haines got to be part of an unusual tribute to the man in charge, at one of the city's most iconic restaurants, The Golden Ox."

What's unacceptable is all of the campaigning he's doing for Jolie Justus. That should not be allowed and violates the spirit of the charter.

^^^ Good point. But I don't think it does Jolie any good.

Not sure if that tribute is really an honor or more of a roast. Think about it, a room full of rich whites is showing the mayor to his face that he was nothing more than a puppet with the hand of some white guy up his butt and making him talk.

Look at Sly closely. He might not be a great leader but he's no dummy. He looks like of pissed.

Yes, definitely the stooge-puppet of developers, to be remembered as our local bowtie Nero.

The only question is how they found strings strong enough to hold his fat, ambulance chasing bulk off the ground.

Those of you who didn't read Tony's book, The Puppet King should do so. It rather enlightening to say the least.

Where’s the clip of Sly with his hand up Gopher KC’s ass?

"Our very own" blah blah blah

And rising suicide rates under this hack/clowns tenure.

Could have had a great impact in uniting the city and having west meet with east to build together. Instead he just sold everybody out to the highest bidders from out of town.

Those people to the “east” are getting sold out by the fat fake revs, their agenda is disguised as trying to help their flocks but in reality they want the handouts and money given to them only, the fat fake revs are in it for themselves and nobody else. This is where the so called “racial divide” comes from and continues to keep the divide alive at the expense of the people who live there.

And of course sLIE and now Lucas feeds into it for the votes.

This makes them complicit in the “divide”

Slie is a bully and con man who left the City in far worse shape than he found it!! Deeper in debt and more mismanaged than at anytime in 50 years!!! Good riddance, Slie, and take Troy & Jolie with you!!!

^^^ You forgot Lucas too

Can’t we all agree that KJ is the biggest name in rap and mix tapes that has ever existed? I’m on a bender, bender, bender...whaaaat. Don’t you know who the fuck I am? That’s what KJ said when pulled over. In case you City pensioner suckers forget who your boss is.