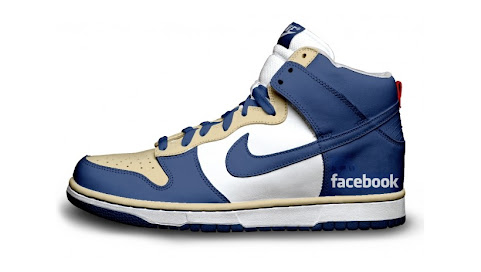 Sign of the times and a warning that's nearly as important of mobile phones robbing everyone of friends, confidence and a more realistic view of their world.

KCPD said on Facebook that several robberies have been reported in the last few days where victims were using the LetGo app.

Why would you show a sneaker in this article? Oh, forgot. Sorry.

That sneaker is racist. I am offended and have notified Al Sharpton.

Last year a Sprint campus employee was selling a phone on craigslist. Someone from Wyandotte wanted to buy so the guy drove to WYCO and some black dude robbed and killed the guy.


Killed for a phone. Never go to WYCO or shady parts of KCMO to sell things online.

Never meet a potential "buyer" anywhere without armed friends nearby.

Some ass-buggers have down-low syndrome. said...

1:32, 2:02's calling you out, gayzer---saying a buttboi who is always screaming about "geezers" likes to get his ass buggered!

Ah, hell, trillions wouldn't even do the trick! Gibsme dat and more, y'all. said...

Hey, none of that bad stuff will happen if Democrims can get the big reparations money doled out. Just ask those Taliban Twins how many billions is ever going to be enough.

Doing garage sales are also not as safe a thing to do anymore. A couple in Olathe was robbed at gunpoint and their cash taken and Olathe PD supposedly didn't do squat.

Lynn Devine would use real estate sales contracts to use in bogus loans. Lynn Devine allegedly would set up a loan to value loan 1st in scam to state borrower made down payment on loan.

Then days later Lynn Devine allegedly goes back into same va portal and pretends she made a mistake. Dummies at va allow it.

Lynn Devine allegedly sets up 2 loans allegedly stealing closing cost of vets. Then adds it back into the loan by increasing interest rate on good faith estimate.

One loans has pmi insurance for a conventional loan and the 2nd loan is va loan with va funding fee which is roled into loan after military vets pay enough money in cash to cover all fees and closing cost.

Even the ones that are conventional loans. Vets never realize the complex scheme

Lynn Devine and helpers at first American title have pulled off with theses requests for loans to sale to 3rd party banks as wintrust mortgage middle man in schemes requesting these loans.

To sell to their investor east coast bank.

Also Including bogus assignments devoid of date of loan all notorized by Lynn Devine and sold before borrower approved for loan in fast track loan scam....

Loans are bought by wintrust mortgage that have requested her banks participation in schemes to originate loans to sell to bigger east coast bank that needs loans even on realestate contracts that were rejected by seller to establish loans.

Bogus loan application signed by Lynn Devine one with va case number one without even showing elements that pertained to rejected sales contracts of home veteran did not purchase.

Millions are made allegedly thru schemes. Big bank on east coast gets to use loans in scheme to defraud Ginnie Mae loan pools and investors in loan pools.

No questions asked. They get paid.. the pmi loan to value loans scheme pays big bank.

Lynn Devine allegedly working as loan officer at fairway mortgage.
something went down at her former bank exchange bank aka first national bank and trust in junction city kansas..


allegedly most of them in loan dept took off except Peggy Duvall long time employee who signatures along with Lynn Devine appear on suspicious checks for payouts... orange jumpsuits are in order...

no wonder folks love this job...cash money beyond this paychecks allegedly.