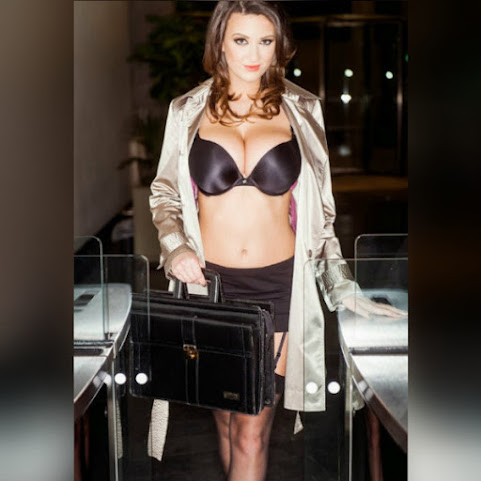 Hottie Joey inspires this quick consideration of ladies in the office . . .

CNN: What images of women at work tell us about sexism

NPR: Working Women - Why The U.S. Is Behind

Closer to home, this collection of local news items inform our early morning . . .


Hoops, 'Evita', Kelly to light up Big Town this week

From Evita at the Kauffman Center to the Globetrotters at Sprint Center; from the KC Tornadoes at HyVee Arena to the Midcoast Takeover Fundraiser Fiesta at Record Bar; and from Kelly Clarkson at Sprint to Here Comes the Mummies at Knuckleheads, Downtown will be rockin' this week.

KANSAS CITY, MO (KCTV)- A motorcyclist has died after a crash at I-70 and Manchester Trafficway. Police said a 35-year-old Raytown man was riding his Harley Davidson motorcycle eastbound when he apparently lost control and crashed the motorcycle on its side.

Football fans across the country apparently weren't excited about the Super Bowl LIII matchup. A recent poll found almost half of U.S. citizens were ambivalent about the outcome of the big game, which pitted the New England Patriots against the Los Angeles Rams.

"Bootstrapped" wouldn't be the first television series to tackle the stranger-than-fiction absurdity of the tech industry - but it would be the first in that genre to be set in Kansas City, Missouri.

Wednesday night felt like being in tundra land, but the fiddles were playing hot at The Westport Saloon with Betse & Clark (Kansas City) and the Urban Pion

I still will openly stare at a woman’s tits while talking to her and try to look up their dresses. They want you to or they would dress sexy like they do. The difference is I am very careful with my words at work.

^^and you have multiple restraining orders, are fat as hit, stink, and are bald. That seem right pedo??? Thought so.

Bootstrapped sounds hilarious. I'm talking with Brian Mossman who programs the KIFF, Ks Intl Film Festival, every November, to see if he would bring this in, even earlier because he does KIFF Extra events once a month to promote our own little version of Sundance.

I wonder if they mention KC Fashion Week, the fashion show in the Crossroads?

How in the world could Peregrine Honig NOT be mentioned?????

The majority of those "cool" little skull cap type helmets HD riders wear are a joke. They comply with the law, but barely provide a bare minimum of actual protection.

You will notice almost all "Crotch Rocket" riders wear full face helmets. While many of them are nuts, the way they ride, they are still much better protected.

When I told Joey she'd need to remove her underwire bra before clearing the security checkpoint, she opted to pat me down instead!!!

"Bootstrapped" might be quite acceptable for network TV.
It has a prominent African American character, whose role be written can supply all the significant plot points, leaving the White actors to play fluff-headed dingbats.

Add to that the superficial "hipness" of the basic premises, and the ability to mock all the peripheral characters, it sounds like just what the TV Networks are looking for, sort of an updated "Friends" clone, just like everything else on the air.

Despite Joey's every effort, she still couldn't get invited for "Drinks After Work" with the Guys!
Maybe fewer Bacon Cheeseburgers, Honey?