KANSAS CITY CHIEFS STAY WINNING 37-21 AGAINST CLEVELAND BROWNS: WHY IS IT SO HARD TO BELIEVE THIS IS FOR REAL??? 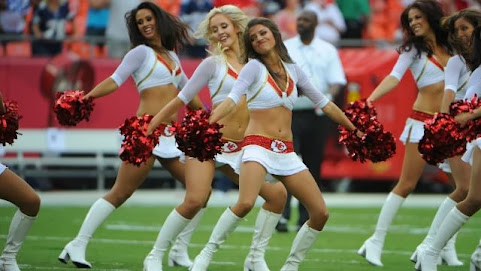 Nevertheless, the contests still seem like practice and the game has "evolved" so much over the past decade that it really is more like watching basketball than classic or even college football. QBs are protected more than kickers and the pace is a lot faster and higher scoring . . . This makes the competition more fun to witness but also changes old standards.

It seems like a lot of the other NFL teams suck by comparison . . . So maybe it's not that the Chiefs are the next great dynasty but that the rest of the NFL is in decline.

Moreover, irrational hyperbole now defines the American discourse and the level of adoration bestowed upon The Kansas City Chiefs is much more enthusiastic than the celebration of most victorious armies throughout world history.

As Mahomes plows towards a number of Chiefs franchise records, he had an easy day picking apart the Browns.


Kareem Hunt shows off for the hometown crowd, and the Chiefs beat the Browns 37-21

The Chiefs extend their record to 8-1, defeating the Browns 37-21 on the road.

The Kansas City Chiefs continued their winning ways with a 37-21 victory over the Cleveland Browns at FirstEnergy Stadium on Sunday...


Ever seen this? Mahomes called for rare penalty on spike

Here's a new one: Patrick Mahomes got nailed for intentional grounding ... when spiking the ball.

Patrick Mahomes passed for 375 yards, threw three touchdown passes and continued the best start by an NFL quarterback in 68 years.


Kareem Hunt proves his greatness alongside Chiefs many offensive weapons

Kareem Hunt is only continuing to turn heads in his second NFL season despite the presence of so many other weapons on Kansas City's offense.

Magic Mahomes Mania?!?!?
Magic Mahomes: KC quarterback throws 3 TDs, Chiefs go to 8-1
And this is the OPEN THREAD for tonight . . .