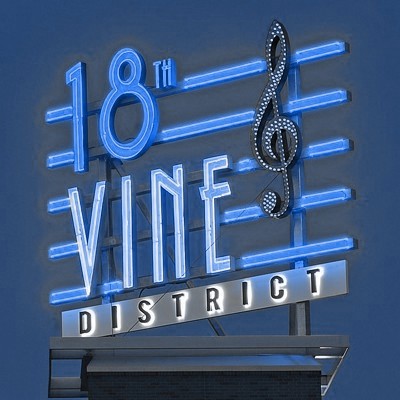 Just over a decade ago, Kansas City decided to refurbish a historic area in the urban core. The area is called 18th and Vine. Voices from the past will tell you that big-time jazz was born in Kansas City right on that street. Yes sir, the biggest names in jazz honed their craft in nightclubs dotted throughout that area. I mean, after all, who hasn’t heard of Charlie Parker. The mayor at the time, Emmanuel Cleaver, was able to lasso that statue of Charlie Parker’s segmented head to decorate the area. There is just one little problem. The rest of the nation thinks jazz was born in New Orleans, Chicago and New York. Outside of Kansas City almost nobody thinks of our city as the home of jazz in any way. Maybe that explains why nobody goes to 18th and Vine. Possibly the only really famous place around there is Arthur Bryant’s. Thanks to the National Football League station breaks which mention the famous Kansas City Barbecue including names like Gates, Arthur Bryant’s and Oklahoma Joe’s our barbecue is finally receiving some attention. Maybe they should have commemorated 18th and Vine as the center for Kansas City Barbecue.

The bottom line is this; more than three hundred million has been spent on that area. It is a total and complete, unadulterated failure. Nothing has gotten close to being a success. Yes, that includes the Negro League Hall of Fame and Museum. Let me say this, I was very close with ‘Buck’ O’Neil. He was not only a fine gentleman and a true community leader but our friendship led to him writing one of the most meaningful and powerful letters to the court which led to my freedom in my 2001 Federal indictment. His ghost will always walk the halls of the Negro League Museum. Unfortunately, it won’t be bumping into too many attendees unless it’s a special event like the recent launching of the movie ‘42’. I’ve attended several special events there which always include local celebrities and former baseball greats. Like most Americans the only Negro Leagues stars they have heard of are Josh Gibson, Satchel Paige, Jackie Robinson and more recently ‘Buck’ O’Neil.

If it weren’t for special events, a few school outings and the tiny shop which sells memorabilia there, I would have no idea how this miniscule museum, which one can walk through in about seven minutes, could support itself. Don’t even get me started on the Jazz Museum. Last time I was there it seemed that roughly half the so-called attractions were broken. Notice there are almost no promotions there because it seems like no one goes there or even cares.

The other two big build outs were the Gem Theater and the Peachtree Restaurant. The Peachtree was by far the nicest thing built on 18th and Vine. I attended Jason Whitlock’s book-signing party there along with other local notables like Bill Self. A year later, the Peachtree went bankrupt and closed. The Gem is a small high-school/junior college type theater and that’s pretty much all it’s used for is small local and community events. In other words, it’s a total failure. The rest of the Jazz District is made up of offices and empty buildings that haven’t been touched.


About ten years ago, Westport property owner Bill Nigro and I were called to a meeting in the Jazz District. Nigro and I proposed building a barbecue/chicken restaurant and comedy theater aimed at an upscale urban core. We met with the district’s area supervisor; he was an African-American in his fifties from Oakland, California. He knew nothing of any businesses in Kansas City, less about the history of the District or any of it’s objectives and from my few visits seemed to spend most of his days in his office with his feet up on the desk reading magazines. Worthless. He gave the impression that he could not have cared less about leasing anything to anyone. There was supposed to be some federal funding available to improve the District. That turned out not to be the case. The three hundred million was gone, only a small fraction had been used to build anything. Nothing new that matters has opened since that time.

Once again, the taxpayers were misled and mistreated. Where did the money go? Nigro and I have done a lot of building in that area. We both felt that less than a third of the money was spent on remodeling the District or building anything. Why has there not been an investigation into this huge amount of tax-payer dollars that have simply disappeared for an area that has really never built much of anything.

Next we need to look at the other Kansas City, Missouri failures costing well over one billion dollars which include the River Market/City Market, Union Station, Power and Light, the renovation of Kemper, and likely Sprint Arena as well. Let me say this loudly, none of these has been successful or huge money-makers. We are told Sprint is successful. I question that. There are less major concerts each year, there is not now, nor will there ever be a pro sports team there. It’s poorly constructed and is already showing signs of wear.

The two billion dollars that have been mostly lost on the above project could have been spent on our areas which have been more successful such as The Plaza; Westport now that it has shaken it’s crime problem, Brookside and Waldo. Can you imagine how cool Plaza/Westport would be if they were modernized, connected and upgraded with new sidewalks, streets and shops? The Plaza Shopping and Entertainment area would be the Beverly Hills of Kansas City while Westport would be a new and improved Westwood. The new stadium should have been built on or near the Plaza because that’s where the people are and that’s where the money is. Then you would have your NBA franchise and possibly an NHL Hockey team.

Understand this, downtown KC did need a clean-up. However, unless you were ready to spend twenty or thirty billion dollars, a clean-up was all you could manage to do. What we did waste, or perhaps was outright stolen, could have strengthened our already solid business districts mentioned above. As it is, almost nothing was accomplished. Downtown is a drab, gray unattractive place to spend a day or night of your life in. The proof is in the pudding, no one has moved down there in the last ten years and now they are renting the condos they couldn ‘t sell. Once again, I ask, where did all this money go? Certainly far less than half was ever used for construction or remodeling. Is anyone ever going to look into this? I doubt it, our leadership is more interested in raising our city and state taxes to raise money for equally intelligent improvements.