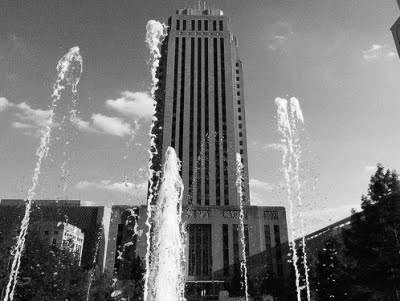 Remember that the City of KCMO recently entered into a settlement agreement over our town's failure to comply with the Americans With Disabilities Act.

Now . . . Coming in to compliance is a challenge that faces this town.

This is an important gig so, when we heard about the job that was just created we contacted Councilman Johnson's office . . . Why? Because unlike most City Hall phone lines, like him or not, this Northland Councilman has one of the few offices that returns calls.

Ms. Conger didn't say much to confirm the job that she'll be starting around May 7th. However, she did offer this:

"There is a lot to be done. This is a great opportunity and I look forward to working with a really motivated group of people who are all focused on making Kansas City more accessible for all of our residents."

Ms. Conger was surprised that anybody cared about her new job but she's being way too humble. Given Mayor Sly's proposed infrastructure improvements and Kansas City's limited budget . . . This job is at the center of a great many upcoming developments for KC.