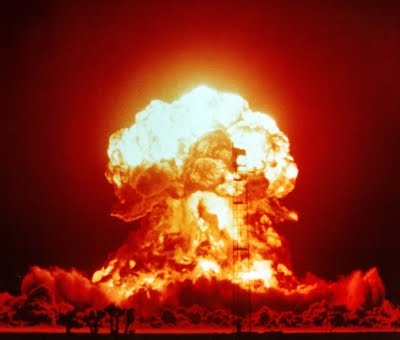 It looks like we're soon to have the Liberty vs. Security debate once again in Kansas City now that new surveillance tech seems to be back on the table.

Add this new effort to Red Light Cameras and local Liberty activists really do seem to have a point about increasing surveillance in this cowtown. 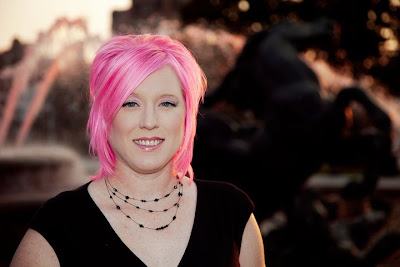 Since winning a surprising amount of support with a grassroots campaign for City Council . . . Tracy has worked against the E-Tax AND now she's busy organizing Ron Paul supporters locally.

Here's what she has to say about local spy tech that could be back on the table given the new budget AND more applications for grant money:

"The reason they didn't push for the technology before is because of cost and privacy issues. This program would cost $300,000 per square mile. I understand they were wanting to use it in the "Green Impact Zone" and they're trying to get federal grants to pay for the project, but it would be on the taxpayers to maintain it, in turn costing the taxpayers millions of dollars in the future."

Seriously, she has A LOT of really great ideas on the topic . . .

"This is more of a "reactive" solution since the officers wouldn't be dispatched to the area until after the shots were fired, instead of a proactive approach. We know that officers patrolling the streets work as a deterrent to crime. We know that the CAN (Community Action Network) centers work, as a result of the positive outcomes in that area. Even neighborhood watch groups are a positive step in the direction of deterring crime. These all seem to be workable solutions to a problem, so why isn't the city working towards more of these solutions rather than implementing police state technologies?

"If 75-90% of residents in a one block area decide to meet with each other, communicate, and keep an eye out for each other and outsiders (and that doesn't mean violating one's rights, just being neighborly) there would be a reduction in crime. Each micro community could have a point person or even have a collective email group, phone bank, etc so that they can keep in contact with one another and alert others in that group of activities they deem inappropriate, they can help deter crime.

"I think we've moved away from being neighborly and toward being hermits. Neighborly doesn't mean spying on each other, it just means keeping a watchful eye out, getting to know those on your block, saying hi, being friendly and respectful. Let others know of people you deem as a threat so they can keep an eye out for them, etc. I sincerely think those steps will lead to a reduction in crime. Mutual aid societies worked once in this great land of ours, until the government decided it could do a better job. However, I think we're seeing just how great the government's role has played out and it's time to go back to believing in each other, one another, and not just the state."

Haters might dominate the comments but rest assured that while online trolls persist . . . Tracy Ward is out in the real world and working with a growing network of contacts as a self-described "Liberty Activist" in Kansas City and beyond.

It would seem to me that we need to be using that "spy-tech" to keep an eye on the politicians. NOT the CITIZENS.

If you can find out, either before (That would be best.), during or after an altercation that leads to gunfire, who the parties are, and what the particulars are, then it is way worth it.

TKC has a story just today that the current surveillance cameras in the River Market haven't been maintained and don't work.
What do you think will happen if KCMO buys even more of them?

How is it that a $300,000 systems would cost "millions and millions" to maintain?

I'm a simpleton, so maybe Tracy knows something I don't, but it seems to me that if the $300k thing were to quit working, it would be cheaper to throw out the old one and buy another new one for $300k instead of spending "millions and millions" to maintain the old one

But like I said, maybe Tracy knows something I don't.

Does this chick have a job?

What I'd like to know, 9:04, is why cameras in the River Market are okay, but red light cameras and spotshooter are not?

Red light cameras might impede Tracy's "liberty" to blow through intersections against the light.

River Market cameras are ok because Tracy does not go there.

For someone who values her privacy she sure is in the news a lot.

Half of Kansas City's residents are female.

Half of Kansas City's residents are ignorant.

The only difference is the hair.

I ate her box once when we were in high school. She ain't all that. She didn't even let me fuck her, just let me eat her out.

She gets involved and makes an honest effort to make things better as she sees it.

Agree with Chuck. Tracy highlights issues that nobody else is willing to tackle.

Spying on KC will not solve our problem, especially when the cameras don't work.

I don't think many read the money amount correctly, it says $300,000 PER SQUARE MILE. That certainly isn't chump change and I thought our city was broke??? We can't fix our water infrastructure, now they want to mic up the city?

isn't $300,000 like 60 new cops? Oh wait, when you factor in the take home cop car to the fringe of the city and fuel cost to haul the family around, it's about 2 new cops

...and if they would drop the residency requirement, I would move from the fringe to a city ran that was ran responsibly

I'm Surprised that more of these cameras have not been defeated with a simple Paint Ball Gun.. Eventually they will get tired of cleaning the lenses.. and get the message... Stop Looking at me.. lol

It costs $300,000 for each MILE. Commenters who think the whole project is only 300K need to read more carefully. Those of you who post lewd comments show your lack of intelligence and maturity. Grow up. Those who think the cameras are a good idea:

"If ye love wealth better than liberty, the tranquillity of servitude than the animating contest of freedom, — go from us in peace. We ask not your counsels or arms. Crouch down and lick the hands which feed you. May your chains sit lightly upon you, and may posterity forget that ye were our countrymen!" - Samuel Adams