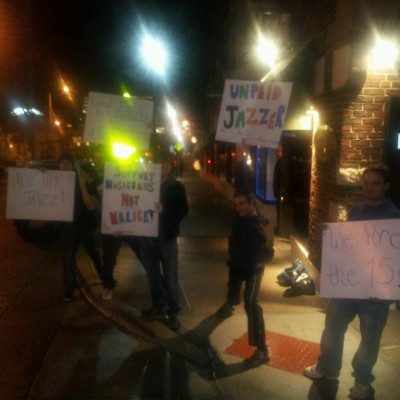 More on this later . . . But I talked with a few of the protesters still drawing attention to their plight yesterday evening . . .

CHECK A COUPLE OF EXCLUSIVE FACTS REPORTED ONLY HERE ON TKC!!!

Just about all of the staffers have now found work elsewhere . . . Folks currently on the payroll of Jardine's claiming otherwise are simply (once again) incorrect.

Nope . . . They still haven't been paid a dime of what they're owed despite promises.

We'll have more on this saga in a few moments . . . For the most part it was nice to see the protesters in good spirits and earning a great deal of support from passersby.