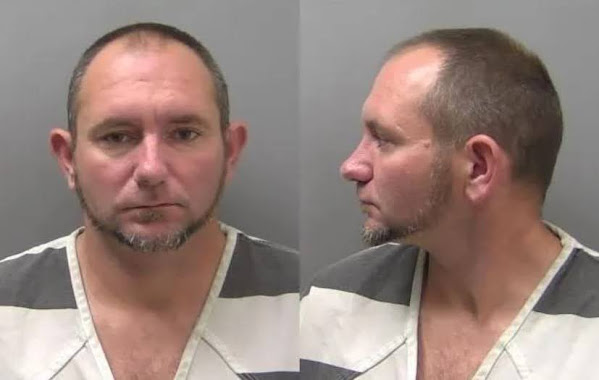 We star this KANSAS CITY CRIME SCENE compilation with a horrific story hitting the local news scene along with more deets on worsening local violence, alleged misdeeds and police action.

KANSAS CITY, Mo. - The death of a person attending an illegal sideshow Sunday night spilling over into Monday morning is highlighting a split among car enthusiasts between bonding over their vehicles and participating in illegal and dangerous events. "I feel like the event that happened was honestly just straight foolish," said Connor Volavongsa.

KANSAS CITY, Mo. - The Independence Police Department is investigating a body found Tuesday morning on the track at James Bridger Middle School in Independence, Missouri. Police said the body was found by a jogger at around 5 a.m. Tuesday and was not a student.

A northwest Missouri man has been accused of beating his 6-year-old daughter to death with a baseball bat. Dustin L. Beechner, 37, has been charged with child abuse resulting in death. During a court hearing Wednesday, a judge ordered that he be held without bail.Police were called to a St.

KANSAS CITY, Mo. - One of the three American Bullies stolen from a Raytown, Missouri, shelter over the weekend was found dead, according to the shelter's director. Erin Morse, founding director of the Midwest Animal ResQ, told KSHB 41 that the dog was found dead in Leavenworth County near K-32 Highway.

EXCELSIOR SPRINGS, Mo. - The man who police say killed one person and critically hurt another in a usually quiet Missouri town is now in police custody. Wednesday afternoon, the suspect in a deadly Excelsior Springs shooting turned himself in nearly 10 hours away in Texas. It was just after midnight on N.

KANSAS CITY, Mo. - Missouri Gov. Mike Parson unveiled a new award honoring first responders who were critically or fatally injured while in the line of duty. Fallen Independence Ofc. Blaize Madrid-Evans was among five people to receive the award. Madrid-Evans was shot and killed by Cody L.

Story Highlights Big jump over the past year in perceptions of local crime getting worse 51% is highest since 2009 and nearly matches trend's high since 1972 Views of national crime and fear of walking alone at night both steady WASHINGTON, D.C.

PHILADELPHIA- In addition to keeping city residents safer where they live, work, and play, a new analysis of data from Chicago shows that as violent crime decreases, so does the area's death rate from heart disease.

KANAS CITY, Mo. - To mark the start of the school year and a renewed focus on school safety, KSHB 41 I-Team's Caitlin Knute sat down with a group of students and recent graduates from across the Kansas City area, ranging in age from 12 to 23 years-old.