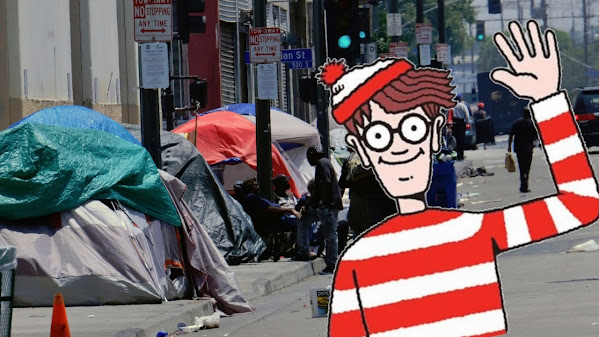 TKC doesn't want to get involved in any meaningful way beyond blogging the local discourse. That's really our big thing . . . Man.

TKC LURVES THE GOSSIP . . . But we only want to share the inside scoop, to partake in the chismes without going on a crusade for justice or anything that threatens to take me away from my video games.

"Please don't give money to the panhandlers or the homeless. Stop putting food in the pantries. You are encouraging them to stay in our community. They are the drug addicts living in our park and stealing from local businesses."

And then all hell broke loose.

Per ushe . . . We're gonna let a KICK-ASS TKC TIPSTER share the story but we've edited the names because, again, we don't want to get too involved in the vicious Waldo fighting that might spoil a trip to this weekend's 30th annual Fall Festival.

Here's the word and even with the names blocked out we're gonna put ALLEGEDLY in front of the most interesting tidbits even though the behavior might be provocative but still sounds legal . . .

The owner of Waldo ###########, Cara, advised the neighborhood in a group Facebook post that they should not encourage the homeless by giving money or stocking food pantries. The majority of responders were appalled and defended the need for food pantries and pointed out they were not just for the homeless. Cara stood strong and doubled down on her animosity for the homeless and the free food.

For those that dared share the post on social media, Cara began relentless arguments with them and (ALLEGEDLY) harassed their workplaces in hopes of having them fired. One lady works for the Kansas City Women's Caucus and actually received an email from the Washington office regarding the number of calls received from Cara and her partner.

Cara (ALLEGEDLY) looked up another women's address online and sent HER PARTNER to her home to confront her.

Cara has posted and removed a ridiculous response to negative Google reviews.

Now Cara and friends are posting negative Google reviews on the business pages of people who shared her post, including a local school.

Credit to the tipster, there are screenshots to back up most of this narrative. 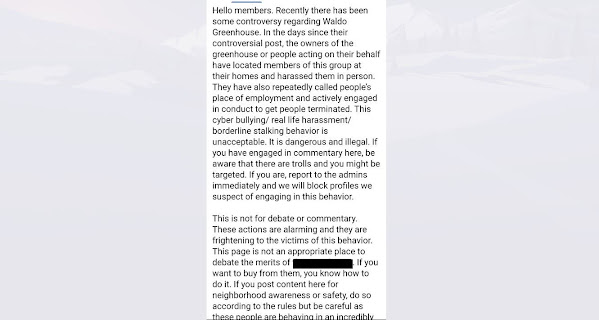 This is one side of the story . . . We're willing to listen to other perspectives but a few local news outlets are also working on the sordid hot mess . . . So we'll be interested to see what they report.

WALDO DEBATE REVEALS THE LOCAL HOMELESS CRISIS THAT CONFRONTS KANSAS CITY WORSENING AND NOW THREATENING TO TURN NEIGHBORS AGAINST EACH OTHER AMID A DEARTH OF POLITICAL LEADERSHIP!!!