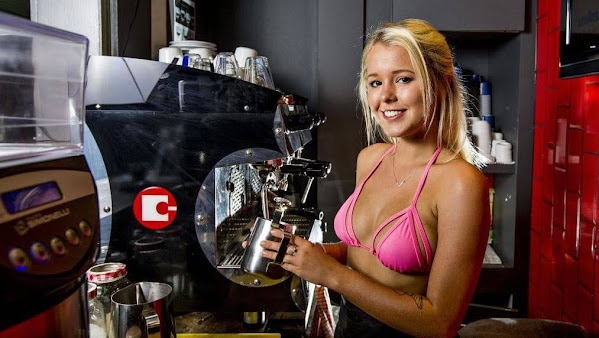 The season of white ladies overdosing on pumpkin spice should benefit cowtown baristas and the places who employ them . . . Sadly, cooler temperatures have elicited harsh times.

Actually, this story is an example of how many local cars without tags are posing a worsening risk to people and places throughout Kansas City.

Here's a quick roundup of a recent local crash that earned headlines which are more sympathetic than all of the local hate for Starbucks and their ongoing union dispute . . .

"Witnesses in neighboring storefronts reported that the driver was speeding, Vasquez said, and might have been arguing with one or more passengers prior to colliding with another vehicle and careening into Anchor Island.

"The restaurant’s security camera footage shows multiple people exiting the truck and leaving the scene, he said, though the footage is not clear enough to be able to identify those individuals. The vehicle did not have a license plate."

A community of customers and neighbors is rallying behind Anchor Island Coffee this week after a pickup truck barreled into the front entrance of the tropical-themed breakfast spot at 41st and Troost.


'It was heartbreaking:' Anchor Island Coffee looking to rebuild after vehicle crashes into building

KANSAS CITY, Mo. - Anchor Island Coffee, the first tropical coffee shop in the Kansas City metro area, is facing its biggest test of adversity after a vehicle collided into the building Tuesday night. Kansas City, Missouri, police officers responded to a reported hit-and-run at the intersection of 41st Street and Troost Avenue at 6:35 p.m.