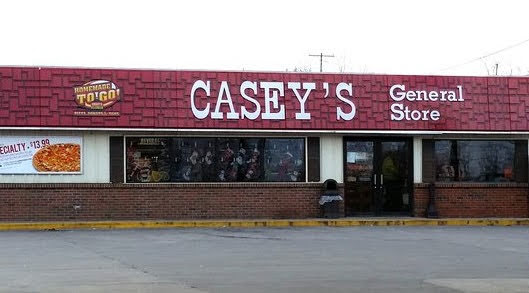 We weren't really certain about the story and the walkout and so we're thankful for local news for a bit of follow-up.

Here are some of the deets they're reporting . . .

"One former Casey's worker named Jasmyne claims that the district manager was "manipulative and abusive" and kept the employees fearful of losing their jobs and of retaliation.“I was threatened every day… Comments of a sexual nature, abuse of power, lack of training. In a two week period, I pulled 122 hours," Jasmyne said in a statement.The former employee also said that when she and other workers asked for labor assistance from other Casey's locations, they were told there was no help to send."

Casey's workers resign, walk out from Independence location after claims of 'abusive tactics'

KANSAS CITY, Mo. - Workers at Casey's in Independence, Missouri, resigned and walked out on Wednesday, according to a release from non-profit Restaurants Opportunity Center United. The employees walked out of their jobs at the pizza and convenience store chain due to allegations of "sexual harassment, mental abuse, lack of training and staff shortages," the release says.