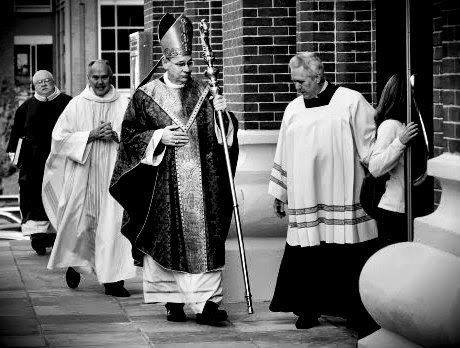 A longtime TKC reader reminds of a landmark case in Kansas City history that sparked a culture shift for people of faith and, hopefully, The Church.

"It was 10 yrs ago this month that then-Bishop Robert Finn became the first US Catholic prelate to be criminally convicted for refusing to report suspected child sex crimes to police."

Bishop Found Guilty in 1 of 2 Charges

Pope Francis has accepted the resignation of Bishop Robert Finn, who remained on the job for years after becoming the highest-ranking U.S. Catholic official convicted in connection with the church's long-running sex abuse scandal, the Vatican announced Tuesday. Finn, who led the Diocese of Kansas City-St.


Bishop Robert Finn: the rest of the story

The Vatican's sterile announcement of Bishop Robert Finn's resignation was a typical but unsuccessful attempt by the Holy See to sanitize the harsh reality of a failed bishop. It was a removal disguised as a resignation. The absolute need for accountability of bishops would have been far better served had Finn been publicly removed rather than offered the thin camouflage of resignation.