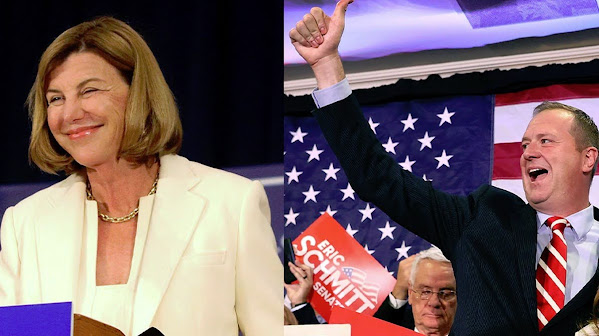 Missouri progressives and the far, far left are tired of showing any semblance of respect to moderate Democratic Party leaders with all of that money but without any real plan to move past their irrelevant super minority status.

The moderate candidate is on her way to AN EPIC DEFEAT DESPITE ALL OF HER BEER MONEY.

Do you know how horrible a candidate has to be when people won't vote for beer?

Here's a look at polling data that offers a glimpse at absolutely no progress for Missouri Democrats this year or any time soon . . . Check-it . . .

"The SurveyUSA poll has Schmitt defeating Valentine by an 11-point margin to succeed Republican Roy Blunt, who is retiring. If the vote were held today, Schmitt would take 47%, Valentine would have 36%, and 4% of respondents would vote for another candidate. Of those surveyed, 14% said they were still undecided."

SurveyUSA interviewed 1,000 Missouri adults online between Sept. 14 and Sept. 18, 2022. Of those, 830 respondents were identified as registered voters. Of the registered voters, 670 were determined to be likely to vote in the November 8 general election and were polled.