Social Media Trending Complaint: Nobody Will Ride Kansas City Bus If It Sucks 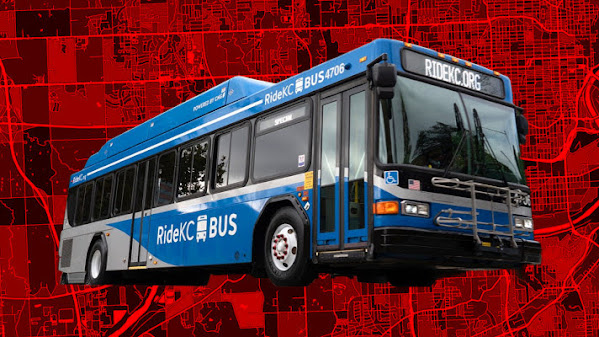 A longstanding gripe is renewed today in a few local forums.

You get what you pay for.

Here's a portion of the complaint that's relevant and shares just a bit of nondescript but soul crushing local detail . . .

"I'm mostly concerned with the "frequent service" since on the occasions I have tried to plan on riding it it has not come, so the rest of it is just veneer. Also having to wait +60 minutes for the next bus if it doesn't arrive is just not realistic for anyone who has a choice in the matter.

"I know that this is a car-centric city, and the fare is $0, but folks should expect better. All I wanted to do is get from Waldo to Westport to pick up my son from daycare and I can't do that reliably. I don't think that is an unreasonable thing to expect from a transit system, and KCATA has failed three times on three attempts. My son actually loves seeing the bus go by, and was excited about riding on it. I have felt awful about letting him down each time because I can't get there by bus and can't just leave a car up there, but this is pretty low stakes compared to the folks that actually have to rely on the service."

The Kansas City freebie bus model has become so unreliable as to make it nearly unusable for people who have schedules to keep.

We believe there is a solid economic theory in place here . . .

Giving the service away has diminished its intrinsic value.

We won't get into a rant about the "evils of socialism" because we can argue all day about economic models used in Denmark whilst missing the very basic fact that taxes in Scandinavian nations are sky high but it's still a far less "complicated" place to live than Midtown KC.

Let's just look at basic economic of a farmer's market where deep discounting is discouraged and pricing at a premium actually helps bring in more customers.

We've all heard a fable that goes something like this . . .

A farmer has a surplus of tomatoes and needs to get rid of them . . . He posts a sign "Free Tomatoes" by the road and after hours and hundreds of cars pass by he has no takers. He thinks a bit and then puts up another sign to the effect of "half price" and he's subsequently swamped by customers.

The morale of this simple story . . .

The question of value isn't just about customers but workers, neighbors and everyone in our community.

We've contended that deep discounting and freebie passes for customers in need could've achieved for better results and not only retained the quality of bus service but also allowed people to keep their dignity.

Instead . . . City Hall turned paying customers into beggars and only served to degrade local bus service which has garnered even more complaints since the foolhardy move to a free user model.