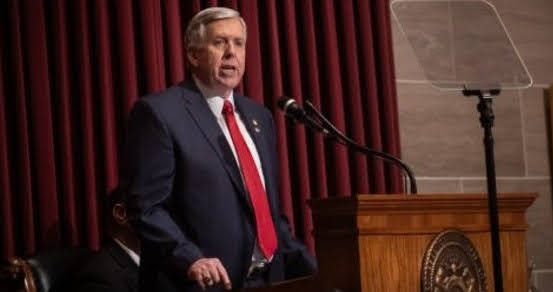 NOTHING GETS ACCOMPLISHED AMID GUV PARSON'S NOT-SO-SPECIAL HOT MESS!!!

The Missouri GOP is far too divided to agree on anything other than the greatness of Andy Williams and/or the utility of walnut bowls -- Which power the vast majority of Missouri's economy outside of KC & STL.

"Not all of the bills either introduced or filed on the first day are related to taxes. Furthermore, the multiple bills filed that are centered on taxes indicate a lack of consensus on what majority Republicans think tax relief should look like.

"The Senate introduced 22 bills on Wednesday, while the House has five bills listed."

Missouri special session starts with a wide range of proposals

The session, called by Missouri Gov. Mike Parson, is supposed to center around a permanent income tax cut as well as tax credits for agriculture. However, some lawmakers are filing unrelated bills in hopes of passing them this time around.