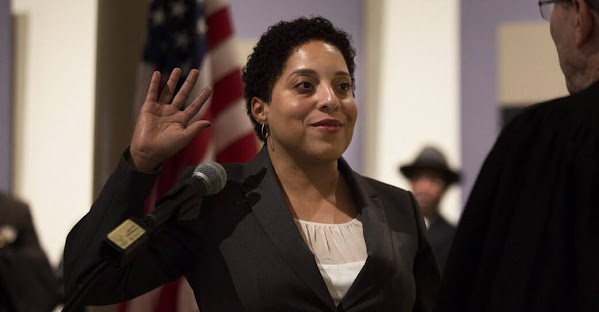 A couple of years ago we noticed a great deal of online conspiracy chatter which claimed that the walls were closing in on this STL legal eagle.

For those who didn't see it yet . . . Here's the follow-up report that serves as an anti-climax and yet another reminder that rules pertaining to "ethics" in Missouri are mostly just a bad joke.

In an agreement between Gardner and the Chief Disciplinary Counsel Alan Pratzel in April, Gardner admitted to unintentionally failing to produce documents to a judge for review and failing to correct misstatements from her contracted investigator during the Greitens investigation.

“The evidence does not support a conclusion that these documents were deliberately withheld from production,” states the agreement Pratzel presented to the panel during an April hearing in St. Louis County.

Further, there was no finding that the Circuit Attorney or her office had “an improper motive or strategy regarding the production of materials in the Greitens case,” it states.

The Missouri Supreme Court reprimanded St. Louis Circuit Attorney Kim Gardner Tuesday and fined her $750, finding that she violated professional misconduct rules during the investigation of former Missouri Gov. Eric Greitens. The court's decision marks the final step in an ethics probe that began in July 2018.