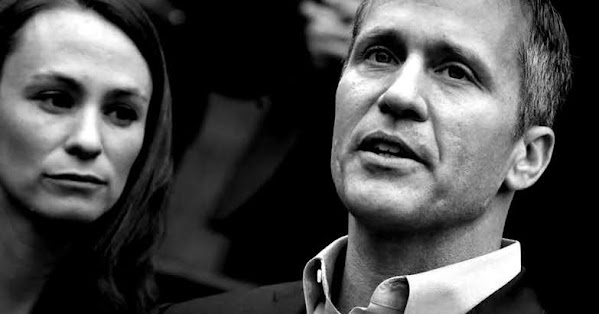 The former guv was a disgrace.

His tenure was one of the darkest episodes in Missouri politics and voters overwhelmingly rejected him when he ran for Senate.

The dude deserves to have the record STRAIGHT on that fact in the aftermath of a nasty GOP primary.

We should also set the record straight that MANY MISSOURI REPUBLICANS POURED IN EPIC FUNDING TO PROPAGATE FAMILY DRAMA ATTACKS against the former Guv.

Did Missouri Democrats also engage in the hot mess???

There was a bi-partisan effort to smear and decimate Eric Greitens so that he never had a chance to win political office again in Missouri.

The GOP didn't want him losing the seat for them and Democratic Party strategists knew that he was the only guy from the party they could even dream of beating.

The price for all of this is that his family drama was dredged up and became political fodder.

Some might argue that he deserved it for all of his broken promises . . . Others feign surprise at the nastiness of American politics and publicly admit that they don't REALLY know this history of this nation.

John Adams, the incumbent, ran against Thomas Jefferson, and neither party came out looking dignified. One of the more vitriolic charges was leveled at Adams, after Jefferson allegedly hired the journalist James Thomson Callender to write unpleasant things about his opponent. Callender set to his task with gusto, and published an attack on Adams which stated that he was “a hideous hermaphroditical character which has neither the force and firmness of a man, not the gentleness and sensibility of a woman.”

And so . . . That might have been the first anti-trans contest for the White House.

Back to present day Missouri . . .

In this post we focus on the words of Eric Greitens vindicating himself rather than the prog blog excuses for a nasty & embarrassing campaign that was merely dedicated to preserving the status quo . . .

“This was a lie, about me and my boys,” he (Eric Greitens) wrote. “The judge found conclusively that the children were never even at risk or vulnerable. The only harm to my children, as the ruling makes clear, came from these lies and their promotion by a willing press.”

But Helen Wade, attorney for Sheena Greitens, said her client never alleged a “pattern” of abuse — instead claiming instances of abuse when Eric Greitens was angry or stressed.

“Dr. Greitens related under oath specific instances over a span of time, which were amply documented with third parties at the time, and she stands by her sworn statements,” Wade said in an email.

Former Gov. Eric Greitens, second from right, leaves the Boone County Courthouse in July with his attorney, Gary Stamper, masked, after a 7 1/2-hour deposition hearing in the child custody case stemming from his 2020 divorce. // Photo by Rudi Keller/Missouri Independent For almost two weeks, the only thing known about the ruling in the court case over child custody...