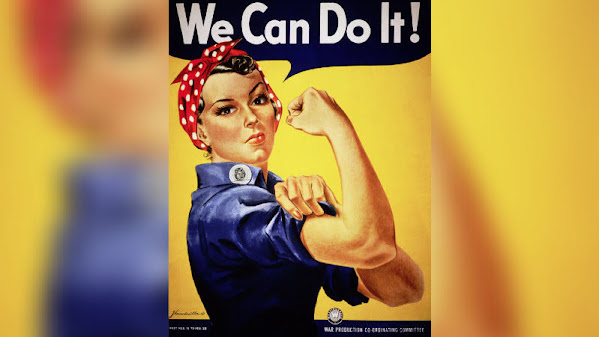 Congressional contender Amanda Adkins touched on this issue in her recent attacks against incumbent Rep. Sharice Davids. But she wasn't willing to get her hands dirty and deal with the "pay gap" issue and corporate accountability aspect of the argument. Instead, she just echoed carefully crafted talking points.

The issue is much more complex.

Working women in Kansas are coping with historic challenges and the numbers CLEARLY indicate they're not getting a fair deal.

Wage disparity and inflation are hitting families in Kansas exceptionally hard and this fact of life SHOULD be utilized by Republicans in order to challenge the current White House administration status quo.

Years of toxic culture war rhetoric have impaired so many adults from thinking outside the lines of stereotypical partisan debate.

And so we consider this data point and hope other might realize that po'folk aren't obligated to maintain loyalty to ANY political ideology that works against their own self-interest . . .

Voters don't owe politicos ANYTHING. It's actually the other way around.

According to a recent report from United WE, in 2019, Kansas women were less likely to be employed and more likely to be underemployed or not part of the labor force at all. The statewide gender pay gap has also widened over the past five years and one-third of women workers earn less than $25,000 per year.

According to the U.S. Chamber of Commerce, nearly 1 million women nationwide are still missing from the workforce, mostly due to unreliable child-care and elder-care options.

During the debate both Gov. Laura Kelly and Schmidt acknowledged Kansas’ serious child-care crisis — there is too large a demand for services and too few options, resulting in rising costs that price many women out of the workforce.

Kansas working women: Underpaid, under-appreciated and being forced out | Commentary

The Kansas State Fair kicked off with a debate between two candidates for governor. During the debate Republican Derek Schmidt was asked if Kansas is better off today than it was under former Gov. Sam Brownback. Schmidt refused to answer the question. As a state are we better off? Yes.