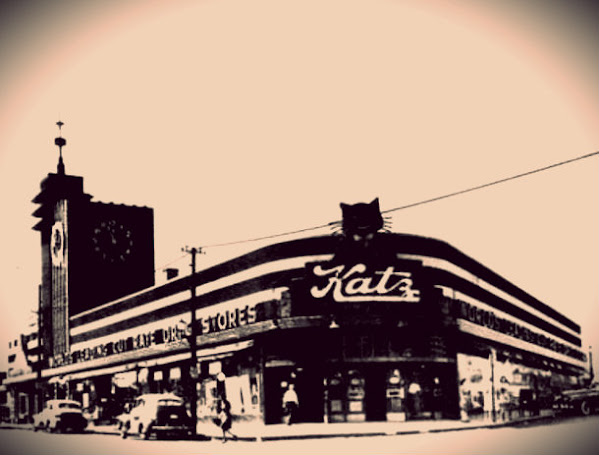 Developers bribe sponsor a great deal of local journalism and so we're always kind of skeptical about reports on building progress.

In fact . . . Developers and urban planners drive a great deal of the local discourse amongst the cowtown elites because Kansas City politics is really just an exercise in sketchy bid rigging.

An iconic structure in Midtown in undergoing a renovation and this update seems somewhat neutral:

Aided by a City Council-approved tax incentive package, St. Louis developer Lux Living plans to turn the former drug store into amenities for a 192-unit luxury apartment complex that Lux is developing nearby at a cost of $37.6 million. The developer’s plan calls for constructing a fitness center, rooftop pool, audio studio and co-working spaces for apartment residents.

Only a shell remains of Midtown's Katz Drug Store. Here's where the luxury apartment project stands

The historic Katz Drug Store building standing on the corner of Westport Road and Main Street in midtown Kansas City is getting a major face lift. The roof has been removed, exposing the steel frame of the building, the back wall has been torn out and wired fences surround the block.