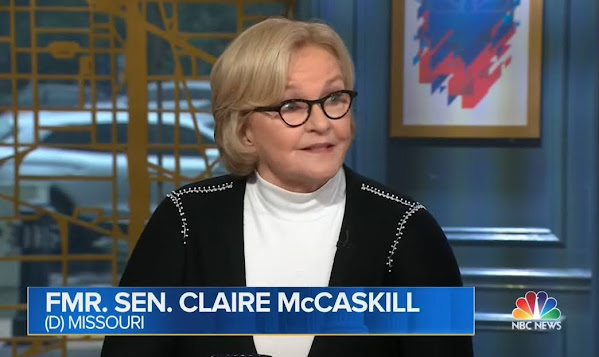 She's got a point and even showed a welcomed bit of self deprecation in explaining her position.

“I think the Democratic Party will benefit from really doing some navel-gazing about how can we get more young people to the forefront because young people are going to be really important to us in 2024,” McCaskill added.

Former Sen. Claire McCaskill (D-Mo.) said on Sunday that she believes the Democratic Party has an age problem as November's midterm elections looms. During an appearance on NBC's "Meet the Press," McCaskill, who is now a political analyst for NBC News and MSNBC, told moderator Chuck Todd that she believes her party is struggling with...