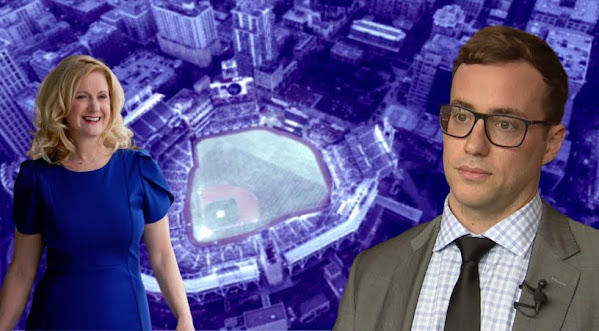 This report hasn't earned enough play this week but provides us a behind the scenes glimpse at the downtown baseball stadium being rammed through by Mayor Q's team.

Here are the basics and a hint that the whole process is rigged . . .

"We got the letter on a council break week, which meant some of the council members weren't always checking their email," Northland City Council Member Heather Hall said . . . "Number two, we heard that it was a no bid. Number three, we had four days to respond, and we had four people had to respond in the negative in order for him to stop moving forward, and that's what I know from the letter."

Hall said she knows both she and Council Member Kathryn Shields responded back to Platt. She doesn't know if other council members did, too.

"I said that I am not OK with proceeding without some questions being answered."

Meanwhile, the team's fortunes for the year haven't improved . . .

The Royals' season is over, even though there are games to be played

With only so many hours in the day, there is a finite limitation to how much entertainment we can consume. Sports is entertainment, and every hour watching the Kansas City Royals is an hour that you can't be playing Halo or watching The Witcher's second season that you still haven't gotten around to yet.