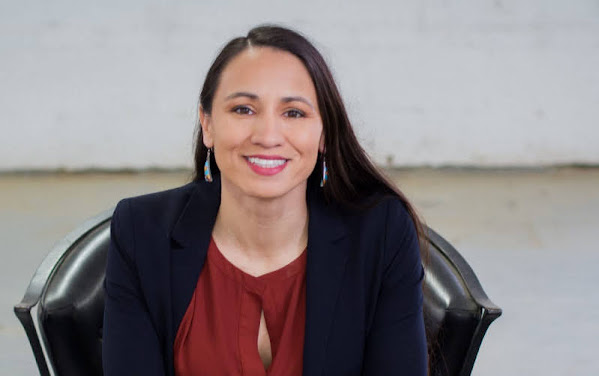 A surge in diversity is celebrated by the local (and sometimes controversial) incumbent.

Of course this might incite nasty rhetoric from her opponents . . . And, in turn, encourage more reasonable people (and her dedicated fanbase of white JoCo housewives) to continue to support the politico beyond discussion of important policy issues which everyone ignores anyhoo.

Translation . . . From what we've seen, the meanness that Rep. Sharice endures on the Internets only seems to strengthen the resolve of her supporters . . . Without the culture war slap fighting there really is no reason to back the mostly moderate and middling Democratic Party denizen who basically follows Prez Biden's lead. However, her critics can never seem to help themselves and would much rather enjoy the instant gratification of hateration rather than drill down and explain policy alternatives.

Mary Peltola - who defeated Sarah Palin in a special election - is sworn in as the first Alaska Native in the House of Representatives: 'It has taken 233 years for the US Congress to be fully represented'

Peltola is the first Alaska Native elected to Congress and was sworn in on Tuesday. Rep. Kaiali'i Kahele and Rep. Sharice Davids welcomed Mary Peltola to Congress in a tweet. "It has taken 233 years for the US Congress to be fully represented," said Kahele. It was a historic day as Rep.