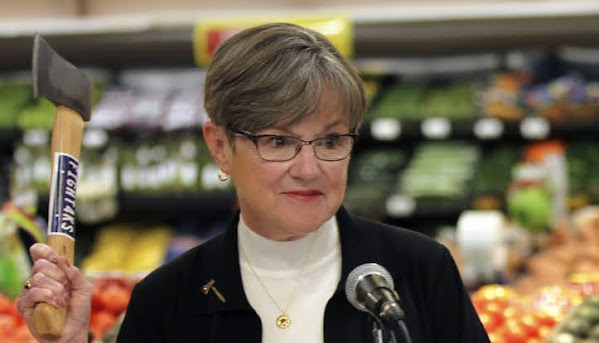 Here's a slap in the face to culture warriors and Internets trolls from both sides of the aisle . . .

KANSAS CANDIDATES FOR GUV DON'T WANT TO FIGHT ABOUT ABORTION!!!

Instead, BOTH OF THE CONTENDERS hope to put everyone to sleep with boring conversations about economic projections and incentive models.

Check just a bit of mainstream news frustration with this strategy . . .

Some Republicans believe voters will remain far more focused on the economy than abortion. Kelly is campaigning as if she agrees, staging a “Prosperity on the Plains” tour to promote her administration's business development efforts.

Kelly campaign spokesperson, Madison Andrus, pivoted to economic and education issues when asked for more details about the governor's position on abortion. The campaign would not say whether Kelly wants more abortion access than what is allowed now, with the state banning most abortions at the 22nd week of pregnancy and imposing other requirements such as a 24-hour waiting period.

TOPEKA, Kan. -- Democratic Gov. Laura Kelly wasted little time after a decisive victory in Kansas for abortion rights before sending out a national fundraising email warning that access to the procedure would be "on the chopping block" if her party did not win in the November election s.

OVERLAND PARK, Kan. (AP) - The Republican candidate for governor in Kansas said Thursday that if he is elected he will respect voters' overwhelming rejection of an amendment that would have removed the right to abortion from the state's constitution. Attorney General Derek Schmidt, who is seeking to oust Democratic Gov.