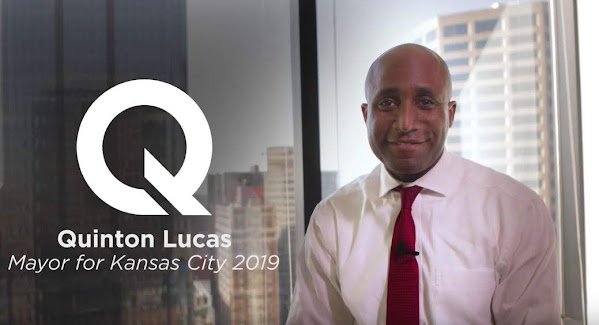 Given the implications of today's date . . . We think it's appropriate to offer soldiers the lead in our local discourse.

Accordingly, here's a scathing take down of the city hall honcho and his recent tribute . . .

How dare you tweet this while blocking constituents who fought in those conflicts, first responders, and their families simply for disagreeing with you? Do you have shame? When those terrorists attacked us, killing thousands, the only thing thing they did was unite us.  You only exploit this tragedy for personal gain by crassly tweeting insincere platitudes while simultaneously silencing those who put their lives on the line to defend this country after that horrific attack. You continue to divide this city on political lines. 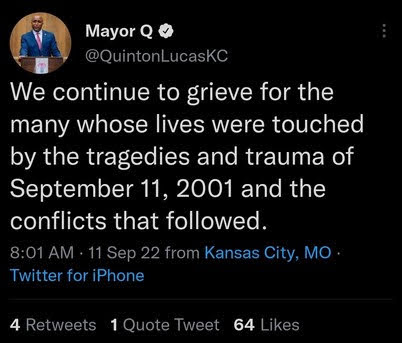 You are blocking at least hundreds of constituents on social media, violating our first amendment rights, including many GWOT veterans such as myself. You deny us due process and won't present any evidence of our "speech crimes" that you accused us of. You only lie and call us names besmirching our character.

You are a shameful and petty man who can't withstand even the slightest criticism, or even having the facts pointed out to you. Under your watch you've stolen voting rights from people who live on the Paseo, you have engaged in systematic violations of free speech rights, you've incited and pardoned rioters, you've presided over record increases in crime and murder every year you have been in office, rampant homelessness and many more failures.

Stop stepping on our heads to get to the top. Stop dancing on the graves of those killed on 9/11, those who died in the conflicts that followed, and get your dishonorable knee off the necks of those of us who served with honor.  If you can't do that it's time for you to resign. Just go back into private law practice and leave our city alone and then you can block out any voices you don't like legally. Until then, stop your campaign of 1st amendment violations.