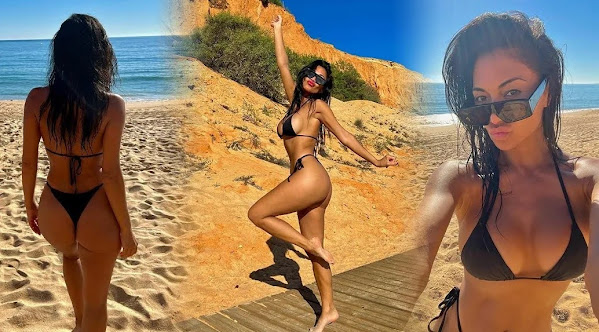 Jason Sudeikis will be back in Kansas City this November to host the sixth annual Thundergong, a celebrity benefit show for the Steps of Faith Foundation.Tickets officially go on sale Friday for the Nov. 12 charity concert.Sudeikis describes Thundergong!

A proposed solar farm in eastern Kansas could be the largest in the state, but not everyone is excited about 2,000 acres of panels being built in their backyard. Plus: How some Midwestern states are getting creative in their attempts to attract tourists.


Newspaper Blogs Yet Another Partisan Rant

Derek Schmidt wants Kansas to be more like Ron DeSantis' Florida? Has he lost his mind?

OPINION AND COMMENTARY If Derek Schmidt likes Ron DeSantis' Florida so much, he ought to buy a timeshare in Boca, but leave the cruel immigration policies, reckless COVID-19 protocols and divisive rhetoric where it is. Schmidt, the Republican candidate for Kansas governor, promised over the weekend that if elected, he'd do his best to make Kansas more like Florida.

A local movement to save and protect the Monarch butterfly is marking 30 years.

She never shies away from flaunting her incredible figure. And Nicole Scherzinger put on a busty display as she posed for a flurry of snaps during her sun-soaked getaway to Portugal. Taking to Instagram on Sunday, the singer, 44, looked sensational in a skimpy black bikini for a relaxing day at the beach.

President Biden has issued nearly 100 executive orders, which will cost taxpayers up to $1.5 trillion, as the national debt nears $31 trillion, according to an expert. Biden currently sits at 99 executive orders since taking office. His torrent pace came primarily within his first year, when he issued more than any president since the 1970s.

Health experts dismayed by President Biden's view that the pandemic is over; 'Hell no -- not even close'

Health experts reacted with dismay Monday to President Joe Biden's assertion that the pandemic is over in an interview on "60 Minutes" that aired on Sunday. "We still have a problem with COVID. We're still doing a lot of work on it. ... But the pandemic is over," Biden told CBS News correspondent Scott Pelley.

Donald Trump needs you to know that Republican candidates don't just like him, they love him. And they need him. Badly.


It's All In Your Head

Pentagon officials have ordered a sweeping review of US information warfare operations conducted through social media platforms, The Washington Post reports, after Twitter and Meta both identified networks of fake accounts believed to be connected to the US military.

Let's dig deeper into the two polls that came out over the weekend and amount to a mixed bag for the Democratic party as they face losing control of potentially both house of Congress in the upcoming midterm.

The complaint is one of a flurry of cases filed after the 2020 election by Smartmatic and Dominion, another voting technology company, against Trump allies and media outlets who have spread false allegations about the companies' voting systems. Lindell moved to dismiss Smartmatic's complaint, arguing that the company failed to adequately plea the defamation claim, and that the deceptive trade practices claim fails because Lindell was acting in a personal, not professional, capacity when making statements about the 2020 election.

The Federal Reserve, after chasing inflation for the better part of a year, will look ahead as far as 2025 in new projections this week that will show more fully the depth and length of the economic "pain" its policymakers expect to be needed to stop the current surge in prices.

At the time of his arrest in 2005, he was considered one of the biggest drug dealers in the world, controlling more than half of Afghanistan's drug exports, which account for most of the world's harvest.


Historical Fact Check: NOBODY Beats The Russians In Winter

Analysis: Winter is fast approaching in Ukraine. Here's what comes next for the conflict

Ukraine's stunning counter-offensive across Kharkiv, combined with more attritional advances in the south, have presented the Kremlin and Russia's much criticized Defense Ministry with a range of bad options.

Why Windsor Castle, where the queen will be buried, is an important place for the royals

The site of the final resting place for Queen Elizabeth II is one she always thought of as home. The queen's coffin was showered with roses from well-wishers as it was transported in a hearse to Windsor Castle on Monday, where a funeral service was held for the longest-reigning monarch in British history.

Britney Spears has been going through some tough times lately, but she took a moment this week to celebrate her strong, powerful body with a nude Instagram post. The 40-year-old pop star posted a photo posing naked on a bed, and showed off her ultra-perky booty for all the world to see.

Did you get up early this morning to watch the queen's funeral? Other than the Chiefs, it has to be one of most talked about news stories in Kansas City. After 10 days of public mourning, Britain's longest reigning monarch is being laid to rest today.

The American Royal World Series of Barbecue, the world's largest barbecue contest, welcomes 535 international competitors to compete for the title of Grand Champion at Kansas Speedway from Sept. 29-Oct. 2. The weekend begins with the American Royal Pit Party on Friday, September 30.

Hide Transcript Show Transcript WORDS. I KNOW SOME OF YOU DO NOT HAVE AN OPTION. RECORD HEAT WILL HAVE AN IMPACT ON AFTERSCHOOL PRACTICES. I'M THINKING ABOUT EXTRA HYDRATION FOR THOSE WHO HAVE SPORTING EVENTS LATER THIS AFTERNOON. 69 DEGREES IN TRENTON. OUR 12 HOUR FORECAST SHOWS THE HOTTEST TIME OF THE DAY BETWEEN 2:00 AND 5:00.

Kodak Black - Walk is the song of the day and this is the OPEN THREAD for right now.