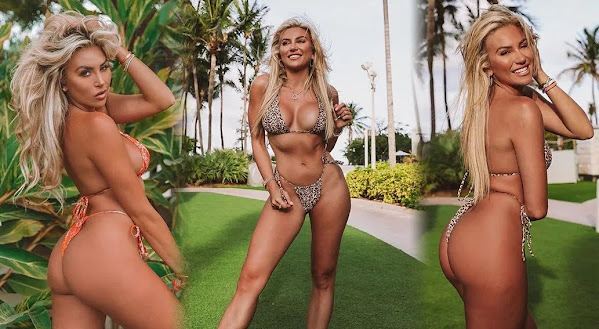 It's been more than 240 years since Americans declared their independence from a "tyrannical" English king, but has fascination with the British royal family ever been higher? As a former Brit and BBC news reporter, I've been taken aback by the insatiable appetite for every detail. And I've never been in more demand.

As soon as September comes around, it's hard not to pull out your best flannels, decorate the house with autumn decor, and plan that annual trip to the pumpkin patch or apple orchard. Pumpkins and apples rule the season, and nothing makes memories better than picking a plump pumpkin off the vine or pluck that...

Section of I-435 closed for emergency repairs

KANSAS CITY, Mo. - Emergency repairs force crews to close part of another metro interstate starting Monday. The Missouri Department of Transportation said crews will be repairing bridge joint expansion repairs that cannot wait. The repairs will be taking place along westbound I-435 over the Blue River.

If you want to show your "913" pride, downtown Overland Park is the place to do it in Johnson County with a week-long 913 Day celebration. What is it? Each year on Sept. 13, local cities pay homage to the 913 area code, which covers much of eastern Kansas, including all of Johnson and ...

'They are ready to go': Kansas City businesses share economic impact start of Chiefs season has on sales

KANSAS CITY, Mo. - Football season is finally here, and businesses in Kansas City are getting ready for the flood of fans. "They are ready to go - head to toe, hat to socks," said Lindsey Shirk, Rally House store manager at the Power & Light District location.

A model who has appeared on the front cover of Playboy 15 times has revealed her passion for being naked and claimed that she hates how clothes feel on her body. Khloe Terae, 28, was the 2015 Playboy CyberGirl of the year and has appeared on 15 international Playboy covers during her career as a model.

'You Believe This S--t?' Biden's Complicated Friendship With Obama

Deep into 2018, Biden was convinced that his political versatility was obvious and that by campaigning for a wide range of Democrats in the midterms, he could make a point about where the heart of the party lay even with progressive energy surging.

The FBI seized thousands of government records, including many that bore high-level classification markings, when it raided Trump's home Mar-a-Lago.

Jan. 6 panel set to reemerge with eye on Newt Gingrich

The House panel investigating last year's attack on the U.S. Capitol is set to revive the public portion of its probe this month, eyeing at least two more hearings in the coming weeks to highlight former President Trump's role in the deadly rampage. Publicly, the inquiry into the Jan.

Attacks on democracy are "very dangerous, and I think it is very harmful. And it makes us weaker," Harris said. She recalled her time on the Senate Intelligence Committee, and said her colleagues on the committee were focused on national security threats in a nonpartisan way.

Environmental groups lambasted Democrats' side deal to green-light a West Virginia natural gas pipeline, saying such a provision would be a "betrayal." The groups argued that the Mountain Valley Pipeline (MVP), a 304-mile West Virginia-to-Virginia natural gas pipeline that is under construction, would mark a setback for federal environmental and endangered species protections.

Think China is aggressive now? Wait until after the 20th Party Congress

Major events are rare in the humdrum of international politics. But when they do occur, much like geology they can shift the ground under your feet, dramatically and suddenly, changing the global landscape. This year will bring the equivalent of a tectonic shift in China's politics when the Chinese Communist Party (CCP) holds its 20th Party Congress, beginning Oct.

Ukraine seeks to keep momentum after driving Russian forces back

He said he cannot help but think of the sacrifices the men and women on the frontlines have made, but "seeing our soldiers' faces when they raise another Ukrainian flag, seeing the people who lived for months in occupation now greeting them with smiles and flowers and tears of joy - it has to be worth it."

Fall and winter are around the corner, which means not only is it time to get your flu shot, but US health officials are urging everyone who is eligible to get their updated Covid-19 booster, too.

Holding onto an ex's stuff may prove profitable later on, at least if your ex turns out to be the wealthiest man in the world.

Prince Harry and King Charles' rift appears to have subsided since his accession. The father and son have made several gestures honoring each other since the Queen's death. It could be Charles' decision as to whether Archie and Lilibet receive royal titles.

The Whore of '84. // Courtesy Genewa Stanwyck Crass, sass, and a lotta ass sums up Kansas City's drag darling, Genewa Stanwyck, who lovingly refers to herself as the Whore of '84. (And she's even got her own chant. IYKYK.) The seasoned performer cut her teeth and honed her comedic skills over the years in various Late Night Theatre performances,...

5 things we learned in the Chiefs' victory over the Cardinals

On Thursday night, the Kansas City Chiefs opened their 2022 regular season campaign with a resounding 44-21 victory over the Arizona Cardinals at Arrowhead Stadium. Here are five things we learned from the game: Sunday's performance in Arizona was a clinic on how to run the West Coast offense, which places an emphasis on short to intermediate horizontal passing concepts.


Baller Best Of Amid Season Of FAIL

Home runs are cool. They're big, they're loud, and they're the most efficient way to score runs in this silly little sport. Chicks dig them. Aaron Judge has been the story of baseball this year: the big slugger donning the pinstripes chasing down Roger Maris's AL home run record in a walk year that will almost certainly end with an MVP award.

For as long as she can remember, Dr. Cyrena Hull wanted to be a veterinarian - she recalls how as a child she would pretend to hook up her stuffed animals to makeshift IVs. Hull began working at the Perry Veterinary Hospital in Perry, Oklahoma, straight out of veterinary school six years ago.


Don't Be Fooled By Fake Fall

Fall's chill is here, but not for long. When summer-like heat will return

Hide Transcript Show Transcript WITH THE 90'S FOR HIGHS. IT IS CHILLY, CHILLY ENOUGH FOR A JACKET. 40'S ON THE MAP. 53 DEGREES IN SEDALIA. AT NOON, IT WILL BE A GREAT TIME TO HAVE LUNCH OUTSIDE. 82 IN ODESSA. HIGHS CLIMBING INTO THE UPPER 80'S. 90 DEGREES IN LAWRENCE.

Lil Baby - Detox is the song of the day and this is the OPEN THREAD for right now.