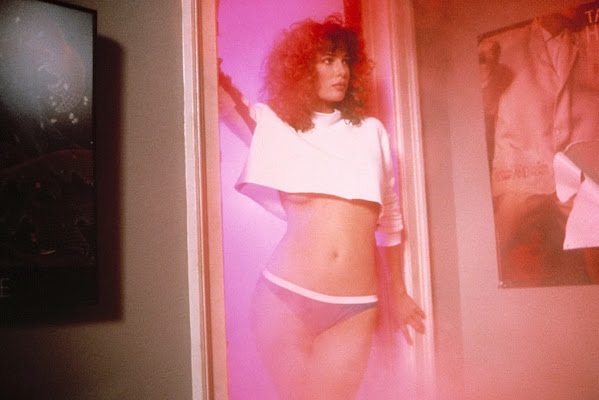 How Kansas City nonprofits can get funding help for neighborhood events


More Drama In The Dotte

An executive assistant for former Unified Government of Wyandotte County and Kansas City, Kansas, Mayor Joe Reardon claims she was racially discriminated and retaliated against once he left office, according to a federal lawsuit. Gwendolyn Thomas filed the lawsuit against the Unified Government Thursday in the U.S. District Court of Kansas.

Developer Goes to The Well for Big Waldo Apartment Project

A 300-unit apartment project that would replace The Well restaurant and transform the scale and nature of the Waldo entertainment area received preliminary support from a transit-oriented development agency Wednesday. EPC Real Estate Group is cooperating with the Lewellen family, the owner of The Well at 7421 Broadway, on the $90 million plan called Waldo74Broadway.

Fire damages three homes in Kansas City; no one hurt

Three houses are damaged after a fire broke out on Van Brunt Boulevard near 28th Street early Thursday morning.Firefighters say the fire started at one home and had spread to the houses on either side of it by the time they arrived at around 6:12 a.m.Investigators are working to determine the extent of the damage, but they say no one was hurt.This is a breaking news story.


Why Are Progressives Scared To Cross The Street?!?

Why are Kansas City's intersections so terrible?

A user on the Kansas City subreddit asked the question: "What is the most cursed intersection in Kansas City?" Residents named over 40 places with poor sidewalks, no crosswalks and speedy drivers. Out of all these answers, however, five places kept showing up.

The Eighties pinup Kelly LeBrock has not lost her appeal as she has settled into her sixties. On Saturday evening the 62-year-old Weird Science and Woman In Red actress - who was married to actor Steven Seagal for nine years - lit up the red carpet at the Brent Shapiro Foundation 2022 Summer Spectacular in Beverly Hills.

WASHINGTON (AP) - President Joe Biden said Thursday a tentative railway labor agreement has been reached, averting a potentially devastating strike before the pivotal midterm elections. He said the tentative deal "will keep our critical rail system working and avoid disruption of our economy."

Former President Donald Trump's top general feared he would authorize a strike on Iran as his presidency ended. His intelligence chief wondered what Russia had on him. A billionaire friend convinced him to try buying Greenland. A half-dozen top officials considered resigning en masse.

Florida Republican Gov. Ron DeSantis is claiming credit for sending two planes carrying migrants to Martha's Vineyard in Massachusetts Wednesday, according to a statement emailed to CNN by his office.

WASHINGTON, Sept 14 (Reuters) - A U.S. Senate committee approved on Wednesday legislation that would significantly enhance U.S. military support for Taiwan, including provisions for billions of dollars in additional security assistance, amid increased pressure from China toward the democratically-governed island. The "Taiwan Policy Act" remained several steps from becoming law.

Do Russia's military setbacks increase the risk of nuclear conflict?

T HE SPECTACULAR collapse of Vladimir Putin's army in Kharkiv province has revived concerns that Russia might resort to nuclear weapons. "I fear that they will strike back now in really unpredictable ways," warned Rose Gottemoeller, a former deputy secretary-general of NATO, "and ways that may even involve weapons of mass destruction."

It has been more than two and half years since the onset of the COVID-19 pandemic, and despite a return to a new form of normality for many people across the country, there are still hundreds of Americans dying from the virus every day, a grim reality of the pandemic's continued destruction.

As monkeypox cases decline, public health officials are shifting their focus to college campuses, where students are returning to communal living arrangements that could sustain the outbreak. Why it matters: University health clinics could be hard pressed to test, offer vaccines and respond to a fast-evolving health emergency without the help of local and state health agencies.

Kate Middleton and Meghan Markle are mourning the royal family's matriarch. The Princess of Wales, 40, and the Duchess of Sussex, 41, were visibly emotional during the service saluting the arrival of Queen Elizabeth's coffin at Westminster Hall Wednesday, where it will lie in state until her funeral next Monday.

Talk about passing the buck. With Goldman Sachs in something of a pinch, the finger-pointing between top execs has begun - and, unsurprisingly, it has turned nasty almost immediately. The Wall Street giant announced this week that it would slash jobs with earnings in a slump - and even said that it is taking away free office coffee.


Old School Hookups On The Rise

When Lisa Noll, 67, got divorced two years ago after 35 years of marriage, she thought relationships, romance and sex were a thing of the past. Now, she's in a relationship with a man 10 years younger and has what she calls "a rich sex life." "I didn't think people had sex any more.

This Kansas City Chiefs fan is always ready for some football. He now has a Guinness World Record.

Two years ago, Curt Herrman tackled the task of getting Guinness World Records to recognize his Kansas City Chiefs memorabilia collection as being the world's largest. He succeeded. Herrman's 1,110-piece collection has been named the world's "Largest Collection of Kansas City Chiefs Memorabilia," the Guinness organization says on a recently created web page highlighting that record.

Become a member of 90.9 The Bridge today (Thursday, Sept 15), and you'll be entered to win a complimentary night's stay for you and your guest at the Crossroads Hotel, plus a $150 gift card to Lazia.

Since opening in July 2021, the Palestinian restaurant and deli has quickly become a local favorite. This week, food magazine Bon Appétit ranked it among the very best in the country, thanks to its hummus and how it honors the Kamal family's "Palestinian homeland and their life in the diaspora."

Two Kansas City coffee shops made a Yelp list of top places in the U.S. to get a cup of joe. Vested Garment District Coffee, ranked No. 33, Café Corazón, No. 46, made the food review website's list of Top 100 U.S. Coffee Shops.

The story for Chiefs Thursday is going to be the summer heat, Kansas City. Expect partly cloudy skies with high temperatures near 86 in the afternoon. That heat will continue into game time, too. We are tracking a few isolated storms to end the week.

Billboard #1 in 1982 Asia - Heat Of The Moment is the #TBT song of the day and this is the OPEN THREAD for right now.