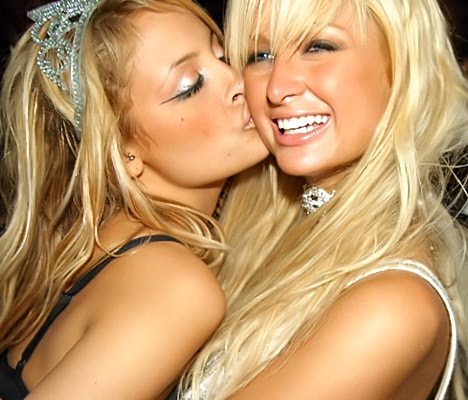 Right now we check-in with hottie Paris and take a peek at pop culture, community news and to headlines.


Time To Collect Cash For X-Mas

KANSAS CITY, Mo. - UPS is already planning for the quickly approaching holiday season. Like many other companies, the shipping giant said it needs to hire thousands of employees between now and the end of next month. Across the country the company plans to hire more than 100,000 season workers.

OLATHE, Kan. (KCTV) - With just two months to go before the general election, both candidates running for Kansas governor took to the same stage Wednesday night for the first time since the primaries. Two debates are still to come. Wednesday's forum, hosted by the Kansas Chamber of Commerce, came in an individual question-and-answer format following a meet-and-greet and dinner.

The American Society of Civil Engineers' report card on Missouri's infrastructure doesn't put the state at the head of the class when it comes to bridges.

Neighbors needing help is the focus of a continuing KMBC 9 News investigation about abandoned properties on both sides of the state line.The latest property to highlight is in Raytown, off East 67th Street.If the mower on the property has done any work in the yard recently, it's hard to

The sprawling Aspira campus in Overland Park is now home to a just-launched next-generation office workspace solution. Aspira NOW - a coworking space with a focus on tech connectivity - is the latest addition to the Occidental Management-owned development.

Paris Hilton, 41, seemed to be living wild and free at the annual Burning Man Festival in Nevada with more than 80,000 people. The statuesque heiress showed off her festival outfit on Instagram on Wednesday. The look featured a sparkling sequined dress paired with a black belt, tall tan boots, and sported her stylish sunglasses.

Memphis, Tenn. - Police here say a man who drove around the city shooting at people killed four during an hours-long rampage that forced frightened people to shelter in place before he was arrested. Memphis police spokeswoman Karen Rudolph said 19-year-old Ezekiel Kelly was taken into custody after 9 p.m.

WASHINGTON (AP) - In recent days, President Joe Biden has sharpened his attacks against Donald Trump and the so-called MAGA Republicans for posing a threat to democracy. He's likened the philosophy undergirding the dominant strain of the modern-day GOP to "semi-fascism." And Democrats are taking notice.

Opinion | The Trump special master order was bad. This would make it worse.

The order to appoint a special master to review material seized in the search of Mar-a-Lago is so bad that even former President Donald's Trump's attorney general thinks it should be appealed. On Tuesday, William Barr said in a Fox News interview that U.S.

At the same time, the POLITICO review partially exonerates one perceived culprit of the party's fundraising woes: former President Donald Trump. Though Trump is by far the GOP's top online fundraiser, the data suggest he is not siphoning large numbers of donors from Republican candidates and committees doing battle in the midterms. Only 13 percent of Republican online donors this cycle gave solely to the former president's new political group.

When Joe Biden entered the race for president in 2019, he declared that the "soul of the nation" was at stake. Now Biden is amping up that narrative as president, making the case that democracy and former President Trump's election lies will be on the ballot in this fall's midterm elections.

The American Medical Association and a coalition of 60 medical organisations wrote in July that one adverse ruling could mean "patients would lose access to vital preventive healthcare services, such as screening for breast cancer, colorectal cancer, cervical cancer, heart disease, obesity, diabetes, preeclampsia, and hearing".

Ukraine's top military chief warned Wednesday that a "limited" nuclear war between Russia and the West cannot be discounted, a scenario with grave global implications. "There is a direct threat of the use, under certain circumstances, of tactical nuclear weapons by the Russian Armed forces," commander in chief Valeriy Zaluzhnyi wrote in an article published by Ukrinform, a state-run media outlet.

There are an awful lot of forgotten little towns in this country and Braddock, Pennsylvania , is definitely one of them. It's only 11 miles outside Pittsburgh, but Braddock is basically empty at this point. Only 1,700 people live there - that's down from a population of more than 18,000 during the Second World War.


Royals Pull One Out

It's long felt like the Royals struggle with rookie and/or random journeyman pitchers for some inexplicable reason, and tonight was no exception. Cody Morris made his big league debut last Friday and got smacked around by Seattle, allowing three runs and seven baserunners in just two innings.


Paddy Will Spread The Love

Cocoa Spaces, 912 E 63rd St Every so often, you may have a need for a smaller, special gathering-perhaps a retirement party, baby shower, going away get together, intimate wedding, family reunion; or perhaps a small meeting, business brainstorming retreat or indoor photo shoot. You don't want the restrictions and pricing of a hotel meeting...

Hide Transcript Show Transcript CUP BARBECUE THAT MARTIN LIKED. KATIE: WE ARE LOOKING AT OUR CITY VIEW CAMERA. I HAVE TURNED THE ONE ON TOP OF THAT MARRIOTT TOWARD THE USE, NORTHEAST. THIS GIVES A GOOD VIEW OF THE FIRST LIGHT OF DAY AND WE DON'T HAVE IT YET.

Boyz II Men - End Of The Road dominated the Billboard charts in 1992 and today serves as the #TBT song of the day and this is the OPEN THREAD for right now.