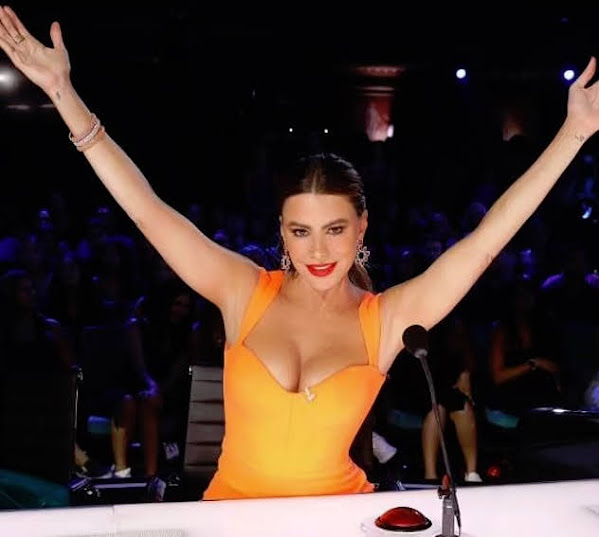 Broken Heart of the City: Who controls the future of Columbus Park?

Vacant lot in Columbus Park. // Photo by Zach Bauman Driving through Columbus Park in the summer is like entering Kansas City's version of the secret garden. It's only about two miles off I-70, but it somehow feels like its own world.

OVERLAND PARK, Kan. - No one is injured but at least 10 are displaced after a fire at an Overland Park apartment. According to the Overland Park Fire Department, crews were called the the Meadowlark Hills apartments in the 9100 block of Robinson Street and found smoke showing from a two-story building.

A Hidden Gem of Renewable Energy

For most Kansans, talk of renewable energy quickly turns to the wind. After all, Kansas ranks as the state with the third-highest share of electricity generated by wind in the country. It's hard to drive for long anywhere in the state without seeing a wind turbine.

The best September 2022 events to attend in KC

Best known for his outlandish parody songs, Weird Al's The Unfortunate Return of the Ridiculously Self-Indulgent Ill-Advised Vanity Tour seems right on brand. However, the extensive North American tour will be a scaled-down version of what he is best known for, with limited production and no costumes, props or video screens in smaller, more intimate theaters, and his setlist will be composed "almost entirely of his original (non-parody) songs."

KANSAS CITY, Mo. - As students return to the classroom at the start of the school year to fill their brains with knowledge, teachers and families are emptying their pockets for school supplies. One woman says the need for school supplies in the Kansas City area is apparent.

It was another pressure cooker semi-final episode of America's Got Talent on Wednesday, with only two of the 11 acts proceeding on to next month's finale. And while the contestants were feeling the heat of the moment, both before and during the broadcast, judge Sofia Vergara slipped into promo mode on her Instagram page to help build up the elevating drama.

Biden Set to Address 'Battle for the Soul of the Nation'

In a prime-time televised speech Thursday evening in Philadelphia, U.S. President Joe Biden is to speak about what White House officials characterize as "the battle for the soul of the nation." In the address outside Independence Hall, where the country's Declaration of Independence was debated and adopted, and the Constitution was written by the Founding Fathers, the 46th U.S.

At his 2019 campaign kickoff in Philadelphia, Joe Biden promised that he would fight to "restore the soul of America." I was there and I remember being struck specifically by those words.  On September 1, the 46th president of the United States will return to the City of Brotherly Love to deliver a primetime address to the nation on the very themes he outlined in his campaign announcement: unity, democracy, and restoring the soul of America.

Top Republicans' biggest private fear - that November's midterms will turn on public opinion about former President Trump, not inflation and crime - is unfolding across the political landscape. Why it matters: Trump is dominating the news, picking Trump-like candidates in primaries - and shaping the views and rhetoric of elected officials, and those hoping to become one.

Good morning. The Democrat Mary Peltola has won the special election for Alaska's only US House seat, becoming the first Alaska Native to serve in the House after beating candidates including the Republican Sarah Palin. Peltola, 49, who is Yup'ik, is also the first woman to hold the seat and the first from her party to gain the seat in more than half a century.

"There is no guarantee that the 'limited set' of potentially privileged materials identified by the Privilege Review Team constitutes all privileged materials among the Seized Materials," Trump's attorneys Lindsey Halligan, James Trusty and Evan Corcoran wrote as they pushed U.S. District Court Judge Aileen Cannon to appoint an outsider to conduct a review.

The first bus carrying migrants from the US-Mexico border in Texas arrives in Chicago, officials say

The state of Texas, which for several months has bussed thousands of newly arrived migrants at the US-Mexico border to New York City and Washington, DC, has set a new metropolitan area as a destination: Chicago.

WASHINGTON (AP) - Math and reading scores for America's 9-year-olds fell dramatically during the first two years of the pandemic, according to a new federal study - offering an early glimpse of the sheer magnitude of the learning setbacks dealt to the nation's children. Reading scores saw their largest decrease in 30 years, while math...

The Verdict Is in for El Salvador's Bitcoin Experiment: It Failed | National Review

El Salvadoran president Nayib Bukele's grandiose plans for Bitcoin in El Salvador have generated buzz -- and a litany of failures. The verdict is in on Bukele's Bitcoin experiment. It was based on false promises from beginning to end. A total failure.

The International Atomic Energy Agency's mission is set to inspect the Russian-occupied Zaporizhzhia nuclear power plant today, but there are reports of intense shelling around Energodar, where the plant is located. IAEA chief Rafael Grossi said the mission was aware of "increased military activity in the area" but was pressing ahead with its plan to visit the facility and meet personnel there, Reuters reported.

One of China's biggest cities, Chengdu, announced a lockdown of its 21.2 million residents as it launched four days of citywide Covid-19 testing.

Just one "look." That's all it took for Kansas City fashion designers to strut their stuff down the world's runway. You can see many of these "looks" at the Historic Garment District Museum, open by appointment, at 801 Broadway Boulevard, says Denise Morrison, the director of collections and curatorial affairs.

L'Jarius Sneed, a starting cornerback for the Kansas City Chiefs, has snagged another takeaway for Kansas City. Instead of an interception, though, Sneed has scored a custom sandwich from Zarda Bar-B-Q. Zarda Bar-B-Q and Hy-Vee will offer the BBQ Sandwich from L'Jarius Sneed, The KC Takeaway, to benefit Big Brothers Big Sisters through Sneed's campaign Turn the Corner.

A sign of a competent, contending football team is high-quality leadership. Luckily, the Kansas City Chiefs have that in general manager Brett Veach. Veach took the role of GM before the 2017-2018 season commenced, and since then, the Chiefs have reached historical heights.

Back in February of 2021, the Royals signed Hunter Dozier to a four-year, $25 million extension. From the beginning, the deal looked like a head-scratcher, with Dozier coming off the shortened 2020 season with a 99 OPS+.

Kansas City continues to be dry and comfortable for your Thursday

Hide Transcript Show Transcript IT'S GOING TO BE BEAUTIFUL. I'VE BEEN THINKING FORECAST TOGETHER FOR YOU SO YOU CAN SEE EXACTLY AS WE LOOK AT THE COLLEGE FOOTBALL GAMES TONIGHT IN COLUMBIA IT WILL BE 84 DEGREES AT KICKOFF AND SUNNY. TOMORROW NIGHT IS A CHANCE OF SHOWER OR THUNDERSTORM.

The Heights - How Do You Talk To An Angel was a Billboard #1 hit in 1992 and serves as the song of the #TBT day and this is the OPEN THREAD for right now.