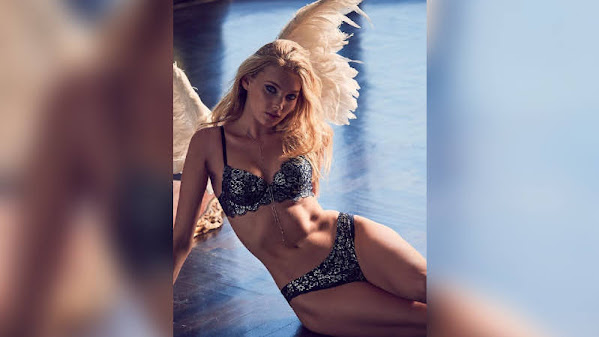 For reasons we have explained to our favorite readers . . . Elsa might be replacing Candice as our favorite legacy angel . . . At least until we calm down.

For now . . . The ethereal Swedish beauty and her body of work inspires this quick look at pop culture, community news and top headlines.


Monarch Remembered In The Metro

KANSAS CITY, Mo. - A group of British natives living in the Kansas City get together to discuss their homeland every month at the Brits International Social Club in Lee's Summit, Missouri. This month, the group had plenty to discuss at Saturday's meeting following the passing of Queen Elizabeth II.

OLATHE, Kan. - Tensions between the Johnson County Board of Commissioners (BOCC) and local law enforcement could result in a fight in the courts. Johnson County Sheriff Calvin Hayden said he's working with attorneys to potentially bring legal action against the county if more funding isn't made available to increase deputy pay.

The August jobs report from the Bureau of Labor Statistics shows Kansas lost 3,400 jobs between July and August, while the nation overall added 315,000. The losses were fairly widespread. Construction lost 600 jobs, there were 500 fewer jobs in manufacturing and in Leisure & Hospitality, and the retail sector lost 900 jobs.

GRAIN VALLEY, Mo. - An event to raise funds for a Missouri lawmaker's campaign is also raising some eyebrows in his home community of Grain Valley. Jeff Coleman and his campaign plan to auction off an AR-15.

Celebrating three decades of festival fun in Waldo, the Waldo Area Business Association will host their 30th Annual Waldo Fall Festival on Saturday, September 17 from 10 am to 8 pm. A ribbon cutting on September 14 celebrated the 30+ businesses that have been in operation for 30+ years.

"When thinking about the brand I wanted to create, it was very clear it had to be my love letter to Scandinavia," says Hosk. "Everything I've taken and learned from growing up there, the nature, art, minimalism, architecture, simplicity, craftsmanship.

President Joe Biden has arrived in London, where he will join other world leaders at the funeral of Queen Elizabeth II on Monday. The prime ministers of Canada, Australia and New Zealand are already in the UK for the ceremony, but the guest list for the funeral of the world's longest-reigning monarch is proving to be controversial.

The death of the Queen and coverage of her funeral will top the ranks of the most-watched broadcasts in British television history, while newspaper publishers have seen an unprecedented boost in sales as mourners seek commemorative copies.


Don't Know What You've Got Until It's Gone

During their whirlwind visit to Martha's Vineyard, roughly 50 migrants left an indelible impression on their accidental hosts in this isolated enclave known as a summer playground for former US presidents, celebrities and billionaires.

The White House-brokered agreement to avert a railroad strike has the potential to fall apart, threatening widespread economic disruption right before the midterm elections. Rail workers are set to vote on the tentative deal reached between unions and railroads Thursday morning. If any of the 12 rail unions fail to ratify a new contract, nearly...

n the first televised presidential debate between Donald Trump and Joe Biden in 2020, the sitting president was asked why voters should re-elect him to the White House. He gave a relatively obscure answer - it was all about the judges, he said.

In a first, EU seen moving to cut money for Hungary over damaging democracy

The European Union executive is expected to recommend on Sunday suspending billions of euros in funds for Hungary over corruption, the first such case in the bloc under a new "cash for democracy" sanction meant to better protect the rule of law.

Crews will be completing bridge work as part of the Buck O'Neil Bridge replacement that will require the following closures. Motorists will need to seek alternate routes during these times. All work is weather permitting. Friday, Sept. 16 Beginning at 9 a.m., crews will CLOSE the ramp from eastbound I-70 to 6th Street/Broadway Blvd.

Just beyond one of the famous Shuttlecocks at The Nelson-Atkins Museum of Art is a shining new sculpture. The reflective "Mirror Pavilion" is now a permanent display on the south lawn of the museum. Kathleen Leighton joined Steve Kraske to discuss the work of art and other exhibits coming to the museum this fall.

Clouds will hang around during the first half of the day as storms roll through the northern half of our area. Some isolated activity may reach severe criteria, packing gusty wind and hail threats. By this afternoon, most of the rain will be out to the east and done for us.

The Doors - Blue Sunday is the song of the day and this is the OPEN THREAD for right now.