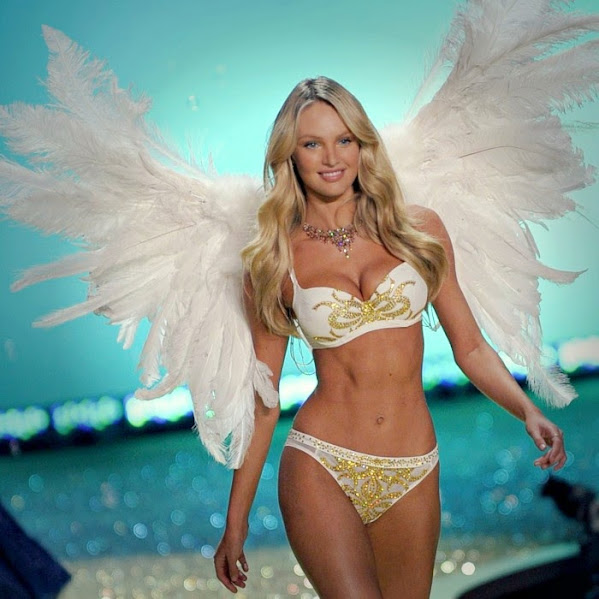 Once again the legacy of angel hotness inspires us to take a peek at pop culture, community news and top headlines.

Heart to Heart International, KC for Refugees working to send supplies to flood victims in Pakistan

KANSAS CITY, Mo. - There's going to be a sea of red in Maloney's Sports Bar and Grill on Sunday. Doors open at 11 and they expect a crowd waiting before then to get in. "People will probably be here about 10:45, That's really pretty normal.

The rain shortened a race and postponed another at the Kansas Speedway on Saturday as thousands of fans from across the Midwest are in town for NASCAR. NASCAR red flagged the Kansas Lottery 300 after 93 laps, declaring Noah Gragson the winner once the weather set in.The Kansas Lottery 150 was postponed until Sunday at 9 a.m.

KANSAS CITY, Mo. - 7:18 a.m. | I-35 northbound has reopened with one lane of traffic moving past the wreck. 7:07 a.m. | Interstate 35 is closed past Vivion Road in Kansas City, Missouri, due to a life-threatening rollover crash. The Kansas City, Missouri, Police Department says it received reports of the crash shortly after 6:40 a.m.

KANSAS CITY, Mo. (KCTV5) -- Driving in the Northland, you may have passed a house with Len Dawson on full display. On the porch of that house is an artist making the city better with the stroke of a pencil. "It was because of COVID.

Bridget Malcolm said her school music teacher had teaching licence suspended Bobby Gallo taught Malcolm at Methodist Ladies' College in Perth The model lodged a complaint about Mr Gallo with teachers board in March 2021 Documents into complaint found Mr Gallo sent her 'inappropriate' messages Mr Gallo was found to have engaged in 'serious misconduct' with the then teen A former Victoria's Secret model has revealed how her high school music teacher sent her 'inappropriate' messages when she was a teen after the man had his teaching licence suspended.

The Biden administration's vigorous campaign to censor, demonetize, and suppress dissenting voices on social media is much broader than previously known.

A former lawyer who served in the White House during Donald Trump's administration, said the ex-president is a "deeply wounded narcissist", claiming that's one of the two toxic traits that dictate his actions and decision making.

PRINCE Harry and Prince William appeared to put their differences aside today as they grieved the Queen together. The brothers arrived in the same car as they were joined by Meghan Markle and Kate Middleton at Windsor Castle. Fans cheered as they all looked at the floral tributes left for the Queen following her tragic death.

President Volodymyr Zelenskiy has said Ukraine's armed forces have retaken around 2,000 square kilometres (770 square miles) of territory from Russian forces since their surprise north-eastern counteroffensive was launched earlier this month. In his Saturday night address, he said: "These days, the Russian army is showing its best - showing its back.

Pope Francis requests prayers for his Apostolic Journey to Kazakhstan, which starts on Tuesday, and thanks all those who have helped prepare for his "pilgrimage of peace". By Devin Watkins As the Pope prepares to depart for Kazakhstan on 13-15 September, he invited the faithful to pray for his journey, while speaking to crowds in St.

KC Chiefs will still be explosive even without Tyreek Hill

When the Kansas City Chiefs entered this past offseason, the initial expectation was that they would at least work to find an upgrade at WR2. Well, nobody could have predicted the total revamping of the wide receiver group that included trading star receiver Tyreek Hill.

Woman living with multiple sclerosis supports, advocates for other patients through educational workshops

KANSAS CITY, Mo. - A woman living with multiple sclerosis is holding a series of workshops in the Kansas City area to teach other patients how to self-advocate throughout their journeys. After seven years of living in the unknown, Keyonna Pitchford was finally diagnosed with MS in 2017.

Sunday will be mostly sunny, highs near 75

Hide Transcript Show Transcript SEASON MOVING THROUGH RIGHT NOW. EVENING PLANS ARE GOING TO KEEP THAT WEATHER IMPACT AROUND. A HIGH CHANCE OF RAIN THERE. MAYBE A LITTLE LULLS HERE AND THERE, BUT IN GENERAL, SHOWERS WILL CONTINUE THROUGH MOST OF THE EVENING HOUR TEMPERATURES ONCE THEY FALL INTO THE UPPER FIFTIES AND LOW SIXTIES, THEY'RE GOING TO STAY PUT.

Sia - Sunday is the song of the day and this is the OPEN THREAD for right now.