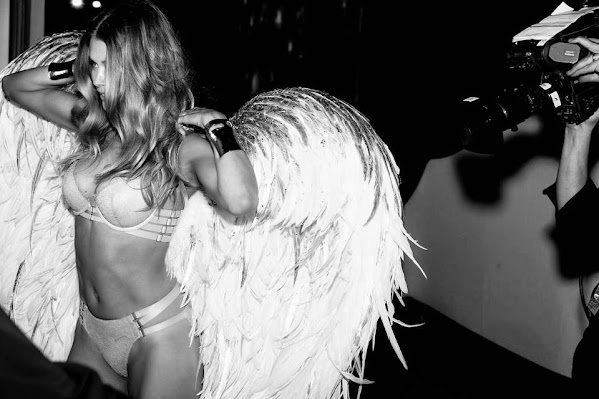 Right now we share more memories of the angels as we check pop culture, community news and top headlines.

Advice To Save Families Money

Back to School pop-up shop assists families in need

Over 500 local families are selling gently used items, everything from clothes and toys to books, baby blankets and high chairs.

There Will Be No Nicky Lopez Renaissance in 2022

The Nicky Lopez era with the Kansas City Royals has brought its fair share of highs and lows. In 2019 and 2020, the formerly dependable hitter struggled immensely in a combined 159-game sample size to the tune of a .228 batting average, .279 OBP and 55 wRC+.

A Month After A Hulu Documentary Series Made Waves, Heidi Klum Talked About Her Time At Victoria's Secret

The three-part series, released last month, tells a shocking tale of the lingerie brand - including accusations of harassment by company executives, allegations that the brand demanded unhealthy body ideals, and the ties between VS's former CEO Les Wexner and Jeffrey Epstein.

Donald Trump: What we learned from his rally in Pennsylvania

Donald Trump has called President Joe Biden an "enemy of the state" at his first rally since the FBI searched his Florida resort for sensitive files. Speaking to thousands of supporters in Wilkes-Barre, Pennsylvania, the ex-president accused Mr Biden of weaponizing the FBI against him.

United they stand, divided they fall. That seems to be the normal midterm election mantra, where the president's party (having governed and predictably overreached) is divided and on defense, while the "out" party is united with jaws slavering to rip apart the presidency.

President Biden's primetime speech from Philadelphia was interrupted Thursday by a heckler who chanted "F-k Joe Biden" throughout the 24-minute address, which focused on slamming former President Donald Trump as a threat to democracy. The anti-Biden activist bellowed his profane message with such clarity that it was audible not only to Biden but to anyone listening on the official White House video feed.

A pilot who threatened to crash a small airplane into Mississippi Walmart landed and was taken into custody.

Jehovah's Witnesses have restarted their door-to-door ministry after more than two and a half years on hiatus due to the coronavirus pandemic, reviving a religious practice that the faith considers crucial and cherished. From coast to coast, members of the Christian denomination fanned out in cities and towns Thursday to share literature and converse about God for the first time since March 2020.


Coach In The Crowd

Chiefs HC Andy Reid was taking in the bright lights of Kansas City area high school football on Friday night. In the final weekend prior to the Chiefs' regular season, Reid was spotted at the varsity football matchup between the Pembroke Hill Raiders and the Christ Prep Patriots.

Gorbachev saw democracy is the future. He shared that vision right here in Missouri

OPINION AND COMMENTARY By the time Mikhail Gorbachev ascended to the supreme leadership of the Soviet Union in 1985, the lifelong communist had become convinced that one-party rule, the suppression of the press and aggressive militarism in Afghanistan were threatening the survival of the superpower.

Partly to mostly cloudy and comfortable tonight with temperatures falling into the low to mid 60s by daybreak on Sunday. The cold front finally pushed through Kansas City and will likely stall along or just slightly east of I-35. This will allow cooler temperatures to be felt across parts of northeast Kansas and northwest Missouri.

Bon Jovi - Livin' On A Prayer is the song of the day and this is the OPEN THREAD for right now.