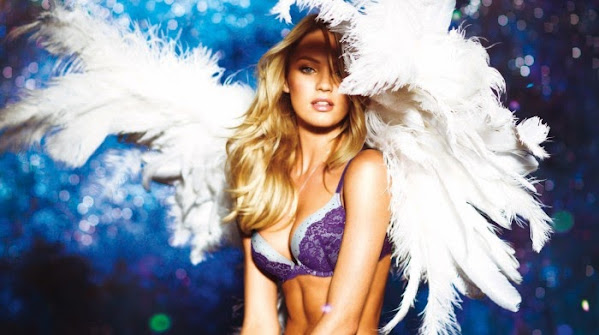 Right now hottie Candice inspires us to take a peek at pop culture, community news and top headlines for the overnight.

KANSAS CITY, Mo. - The Kansas City Power & Light District hosted its first watch party of the season. Fans filled the outdoor KC Live! area to cheer on their hometown team. "The only other place to be in town when they're not home is going to be Power and Light," said Chiefs fan Shaun Atchison.

KC man perishes after pinned underneath Jeep with son, friend inside

BOURBON CO., Kan. (WIBW) - A Kansas City man has passed away after he was pinned underneath his own Jeep with his son and a friend inside. The Kansas Highway Patrol Crash Log indicates that around 1:25 p.m. on Saturday, Sept. 10, emergency crews were called to the area of 205100 NW 130th St.

Candice Swanepoel endured one of her high intensity workouts with a personal trainer on Thursday while wearing a skin-tight sporty outfit. Afterwards, the South African model was spotted filling up her Jeep with gas for her drive back to her home in Miami, Florida.

Biden stresses the importance of democracy in 9/11 anniversary speech


MAGA On The Range

For those of us who are tired of waiting for prosecutors to hold accountable Republican-elected officials who participated in the insurrection at the U.S. Capitol on Jan. 6, 2021, a New Mexico judge last week provided a road map for how we, the people, might just be able to ban them - maybe even former President Donald Trump - from ever running for office again.

WASHINGTON, Sept 11(Reuters) - The Biden administration plans next month to broaden curbs on U.S shipments to China of semiconductors used for artificial intelligence and chipmaking tools, several people familiar with the matter said. The Commerce Department intends to publish new regulations based on restrictions communicated in letters earlier this year to three U.S.

This Could Be the Only Way to Beat COVID for Good

The novel coronavirus, like all viruses, mutates and evolves. Fast. Variant after variant. Subvariants between the variants. The virus is active. But our efforts to contain it are reactive. Thirty-four months into the COVID-19 pandemic, we still haven't figured out a way to get ahead of the virus-and offer people immunity that endures even as the virus evolves.

Elon Musk Makes a Dire Prediction About the Economy

Inflation is by far the word of the year 2022. Soaring prices of goods and services are at their highest in 40 years, which considerably affects the purchasing power of households. To relieve consumers, the Federal Reserve has embarked on an aggressive monetary policy, marked by a sharp rise in interest rates.

KANSAS CITY, Mo. - Denease Conley grew up in Kansas City. On Sept. 11, 2001, she was working security at the World Trade Center when terrorists hit the building, killing nearly 3,000 Americans, including her. Now, 21 years later, her older sister Barbara Haynes-Jenkins is fighting to keep her story alive.

'And the home of the...Chiefs' Arrowhead tradition heard at away game in Arizona

After a cool start this morning, temperatures stay below normal today despite sunny skies. A north wind will keep high temps in the middle 70s for this afternoon. Expect another cool morning on Monday, with lows in the upper 40s and lower 50s.