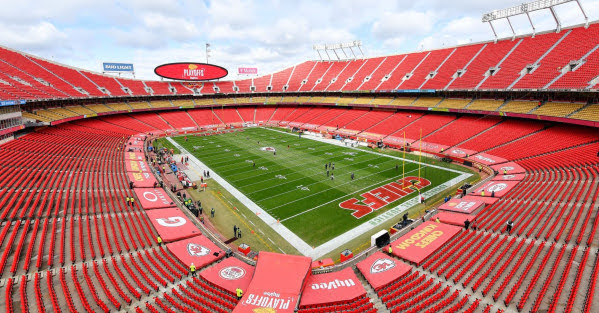 Just like TKC . . . The newspaper seems to be mailing it in today and this argument is something that from the "drunk uncle" files that we typically save until Thanksgiving time.

The hometown Chiefs have the third-highest cost for the average family to attend a game, according to a survey from sports betting website bookies.com. Going forward, the team should consider less pricey options that would allow more families with limited disposable income to attend games at the taxpayer-supported stadium . . .

Since 2006, Jackson County taxpayers have paid millions of dollars to help renovate the Truman Sports Complex, which is subsidized by multiple taxing jurisdictions. Jackson County pays $3.5 million per year for stadium maintenance fees, funded through sales tax revenues and administered by Jackson County Sports Complex Authority, which also oversees the Royals’ Kauffman Stadium nearby. Is it right for the Chiefs to ask Jackson County residents to help pay its stadium costs and then set prices too high for the average fan? We don’t think so.

OPINION AND COMMENTARY The excitement for Thursday's home opener for the Kansas City Chiefs is likely matched only by the high expectations for a team that's been among the NFL elites for nearly a decade. But if you're thinking of attending this week's game or one of the other seven regular season games at Arrowhead Stadium, you might need to take out a loan.